Skip to content
News & Updates My Hero Academia One Piece

My Hero Academia & One Piece Goes On Week Long Hiatus

Both the series will return in the 21st issue of the magazine. 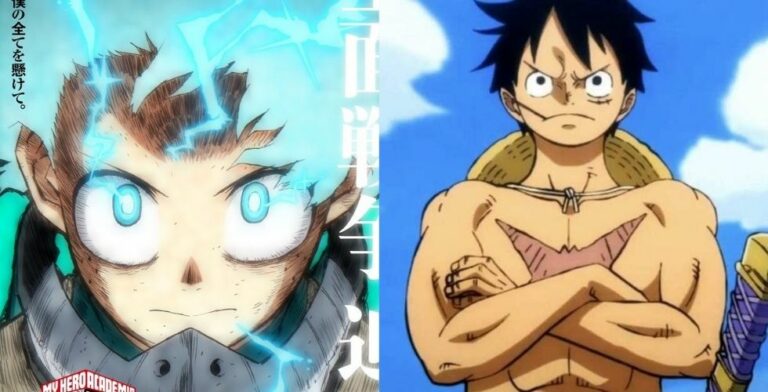 Two major series of Shueisha’s Weekly Shonen Jump namely My Hero Academia and One Piece will go on a 1-issue break in issue #20 set to release on April 17, 2022.

Eiichiro Oda‘s One Piece manga will resume on April 24 with chapter 1046 in the 21st issue of Shonen Jump. The issue will feature all the Weekly Shonen Jump Series on the cover with One Piece receiving a lead colour page.

Similarly, author Kohei Horikoshi‘s My Hero Academia manga is also scheduled to resume with chapter 350 in issue 21 after the hiatus. The series did not appear in the 18th issue of the magazine released on April 3.

With the Golden week starting from April 29, the Weekly Shonen Jump magazine will be on a break as a whole on May 1, 2022.

Weekly Shōnen Jump is a weekly shōnen manga anthology published in Japan by Shueisha under the Jump line of magazines. It is the best-selling manga magazine, as well as one of the longest-running, with the first issue being released with a cover date of Aug 1, 1968.

The manga series within the magazine target young teen male readers and tend to consist of many action scenes and a fair amount of comedy. The chapters of series that run in Weekly Shōnen Jump are collected and published in tankōbon volumes under the “Jump Comics” imprint every two to three months.