My Brother’s Husband Manga Review: A Story Of Acceptance

My Brother’s Husband is an award-winning Japanese Manga by Tagame Gengorou, serialized from 2014 till 2017 which serves as a great form of representation for the LGBTQ+ community.

In My Brother’s Husband, We have Yaichi, a single dad, his daughter Kanna, and Mike Flanagan from Canada in the spotlight of the story.

Mike makes a trip to the other corner of the world to meet his late husband Ryouji’s family. While Yaichi isn’t fond of the idea of two men marrying each other at the very least; he hesitantly agrees to welcome his late brother’s husband.

This is not just a story, it is a journey. It is a journey of exploring one’s mind after casting away society’s mean looks and judgments.

The trio creates a simple yet effective contrast; with two adults and a child.

Mike is a self-aware person, someone who’s in terms with his identity and accepts other perspectives.

On the other hand, we have Yaichi. A single dad whose source of income is the house he inherited from his parents. And yet, he is judgemental and tries his best to abide by society’s “rules”.

Then, we have Kanna. She is a young child, only in third grade. She is a curious child, who wants to learn new things and is accepting of ideas, albeit unconventional.

While the people around her may credit this to her oblivious nature about the ways of the world; she provides a truly unbiased perspective for obvious reasons.

In my opinion, the manga’s selling point is its execution. It is apparent that this is a personal work, i.e. derived from the author’s experiences. I can say this with complete confidence, as the story’s flow, structure, dialogues, and scenarios have never felt overdramatic and/or overexaggerated.

Let’s dive deeper into this with Yaichi taking the spotlight for now.

Yaichi also has one of the best character arcs, spanning across the manga’s length as he, a homophobe accepts Mike as a family member. So, let’s take this to the spotlight for now.

While this might sound like a turn-off for many, especially due to the exaggerated use of this trope in the past; I can guarantee you that it’s worth it.

Yaichi’s slow and natural acceptance makes you believe that there are people on this planet who are accepting of the LGBTQ+ community; they just need a little help to break through the conventional social system.

This is executed slowly using simple yet beautiful metaphors and real scenarios throughout the manga’s length.

This is usually done through Yaichi pondering about topics and then trying to reach a conclusion.

Here, for example, Yaichi’s wondering how his brother must’ve felt if he acted like a homophobic person in front of him.

Another example would be Yaichi thinking that Tempura Sushi is disgusting (Tempura is usually not utilized when making sushi) to slowly accepting the idea.

While such small details are sprinkled throughout the story, some of these stand out!

Take Yaichi’s thoughts about his daughter being a lesbian, for example. While he knew that it was a natural possibility for his daughter to be a lesbian in the future, he still couldn’t accept the situation completely.

His ex-wife, Natsuki works as a perfect catalyst to help him break through the stigma here.

Here, we can highlight a major issue that the character faced. While he could finally accept the possibility of his daughter being a lesbian, he still couldn’t wholly accept the idea; especially because he felt like it would change something, if not everything about his daughter.

Yaichi fails in executing and openly admitting to his thoughts, especially due to societal pressure.

You can see this in the first half of the manga clearly, as he refers to Mike as his brother’s friend and also declines hugs.

Still, Yaichi has a lot of redeeming points as well. He is ready to go leaps and bounds to make sure that his daughter grows up well and

tries his best to be a worthy dad who can keep his daughter happy, someone she can rely on.

He also respects her opinions and considers them properly, as Kanna is the main catalyst for the drastic change in Yaichi’s mindset.

The manga delves deeper into the immense stress faced by LGTBQ+ teens through Kazuya, a junior high student.

Midway into the story, we’re introduced to this young, shy boy who seemed troubled.

Kazuya, the boy, is stuck in a box. He is a gay teen who doesn’t know a single person who’s like him and his parents seem to hate homosexuality as well.

This is crucial as many teens naturally rely on their parents when they face any major issues.

We’re always told that a parent’s job is to nurture the child correctly and help them grow into beautiful human beings.

Unfortunately, this isn’t true, in a sense. For most parents, a child is a good one if they listen to their parents without uttering a single word and live their life according to the elders.

And, kids like Kazuya can’t seem to find any place for themselves. They’re constantly hiding their true selves from everybody; bottling everything.

Slowly and eventually, this cube that they’re in keeps shrinking as they grow.

Eventually, it’s too much for them to bear, resulting in sudden outbreaks as they try to escape from all of their solidarity, pain, and suffering.

Having even a single person who knows his true identity is enough to make it easier for the person, as Kazuya states himself.

However, many still suffer throughout their lives as they try their best to avoid anything related to LGBTQ+ even though they’re a part of it.

Now, enough about the characters. Let’s talk about the art style of the manga:

While it may take a while to get comfortable with the beefy character designs, it sure is cool. I think that the author made a good decision by showing these huge, bulky men as emotional people.

This again goes against the usual stigma caused due to toxic masculinity.

The author doesn’t shy away from showing off men’s bodies in the manga either.

There’s a major difference in the “fan service” between men and women to see this as the author’s way of flaunting the male body openly, as that comes under the main theme of the series.

The art style is pretty nice in general, with no major issues that could affect the quality of the manga. The expressions are on point and the backgrounds are pretty as well.

Other themes discussed in the manga:

The series tackles most themes that are usually taboo and/or controversial in most of Asia.

The manga explains the role and meaning of parents and family beautifully, as we witness a single dad support his child while the ex-wife plays a pivotal role in the child’s growth as well.

This isn’t what many would think if they were told to imagine a family, and the author displays the strength of bonds so well.

My Brother’s Husband also deals with themes of death and related emotions.

Mike shows the pain of losing a loved one right from the start as well, as he had come to fulfill the promise in the first place.

He also shows reluctance to making promises due to his past experience; hence exposing his vulnerability openly which he should.

All in all, My Brother’s Husband is a wonderful story of acceptance that exists in various forms. It includes self-acceptance, validation from family, friends, society, etc.

This emotional manga had me in tears on numerous occasions due to its ability to convey the author’s thoughts and experiences through this non-speaking medium.

While I wouldn’t like to rate such a work out of respect; I would give My Brother’s Husband a 10/10 if I had to. With that said, I hope that you’ll read this manga! If you’ve already read it, then let us know in the comments below! 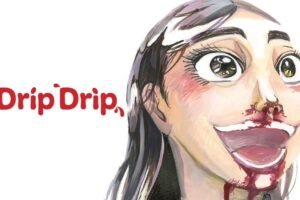 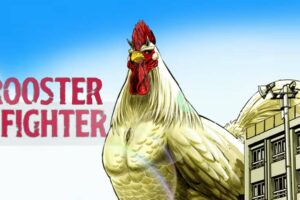 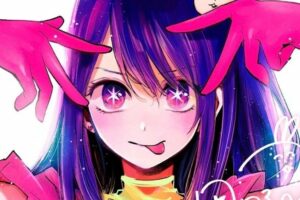 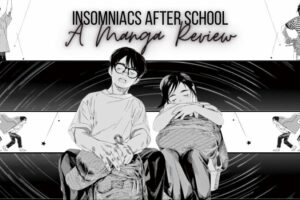 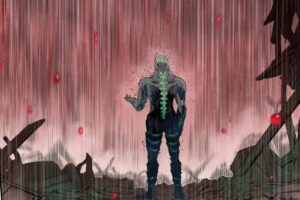 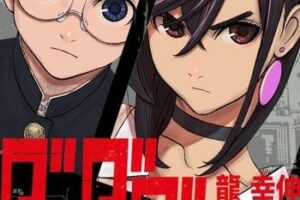