Monogatari Watch Order Guide: How To Watch The Series?

Read on to know the best possible way to watch the Monogatari series. Monogatari is a Light Novel series written by the Japanese author NisiOisiN and illustrated by the Taiwanese illustrator VOFAN. Since it’s inception in 2006, this series has quickly risen in popularity and received an anime adaptation.

Monogatari has evolved into a multi-season, multi-film mega-series and also got adapted into a manga by the amazing talented Japanese manga artist Oh! great.

This series is much beloved amongst it’s fans for the amazing narrative completely built upon layers and layers of dialogue – the most defining element of the Monogatari series which is quirky, witty, clever and profound in every degree.

But newcomers who are interested in this series are often dumbfounded at where to exactly start watching because of the sheer number of entries in this mega-series. And even the Veterans are sometimes confused on the actual chronological order of the anime and Light Novels since it is very complex.

This article aims to provide a thorough explanation of the entire timeline and help newbies understand the Monogatari Watch Order.

Before we get to talking about the watch order in depth, I would like to cover the names of all the major arcs throughout the story along with their seasons to simply things down a little bit.

That concludes all the arcs in the main storyline. Next let us start with the Timeline of the entire Monogatari series which can be termed as the Chronological Monogatari Watch Order.

This Order should only be used by the Battle Hardened Veteran Fans on Monogatari Series because it radiates chaos and confusion.

This sums up the exact Chronological Order of the Monogatari Series. Next up let us talk about the Production/Release watch order of Monogatari series which is the most recommended order.

The Light Novel Order is exactly similar to the Release/Production Order except that you need to watch Kizumonogatari directly after finishing Bakemonogatari and before starting Nisemonogatari.

This watch order is only meant for veteran fans who are intimately familiar with all the events throughout the course of Monogatari. If you want to experience how it feels to watch it timeline wise without facing the headache of having to navigate through the actual episodes, then this is for you. 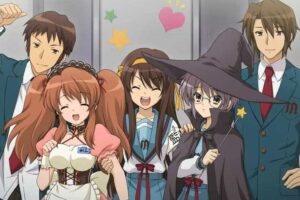 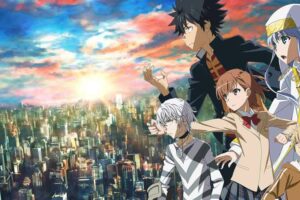