The last chapter before the hiatus came out on July 1, 2021. 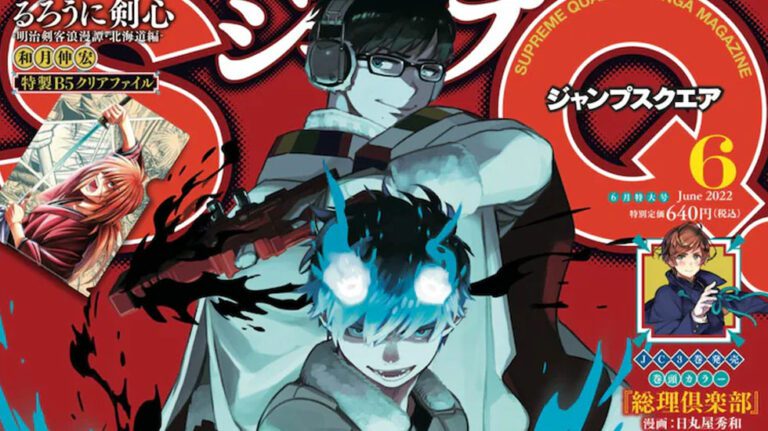 The 133rd chapter is now available in English on Shueisha’s Manga Plus, the official Shonen Jump app, and website.

The manga characters also feature on the latest cover of Jump SQ.

Previously, in July 2021, Kato announced the hiatus, claiming that she was unable to continue on two simultaneous serializations and decided to focus on Eizen Karukaya Kaiitan, a translation of Fuyumi Ono‘s novel.

Despite the fact that the short series ended in April 2022, Kato stated that “12 years of fatigue exploded” and that they needed another month to relax before returning to Blue Exorcist.

Blue Exorcist is a Japanese dark fantasy manga series written and illustrated by Kazue Kato. The manga has been serialized in Shueisha’s Jump Square magazine since April 2009, with individual chapters collected into twenty-seven tankōbon volumes as of July 2021. Viz Media has licensed the manga for North American production, with the first volume released in April 2011.

Aniplex of America also released the anime DVDs in English regions. The series was adapted into an anime television series produced by A-1 Pictures, and broadcast from April to October 2011. An anime film, Blue Exorcist: The Movie, premiered in December 2012. A second season, titled Blue Exorcist: Kyoto Saga, aired from January to March 2017.