Black Clover Episode 153 can easily be described in two words: funny & frustrating. And you will know why.

The Training Arc is drawing closer

The episode starts off with a magic knights’ captains meeting with Julius and Marx. Julius informs the captains that Lolopechika & the Heart Kingdom are nearly done with the preparations for training the magic knights. He also tells them that five Spirit Guardians will train the knights, and the number is limited. Thus, they all should decide whom they want to send to Heart Kingdom.

The people to be trained which were finalized by the captains were not a surprise:

Surprisingly, Yuno declined the offer to be trained by the Heart Kingdom, and Charlotte nominated herself after a moment of reluctance. She believes that she has to get as strong as she was when taken over by an elf. Rill is still dreaming about Charmy (we get you Rill but your dream girl already chose her prince :P) and decided that he needs to get stronger for her to notice him.

The other squads also resolve to work hard and protect the Clover Kingdom. As Yami moves to leave, we come to know that there is a special decoration ceremony for the magic knights who fought in the battle against Eye of the Midnight Sun.

The King is attending the ceremony (along with Sekke, our comic relief king!) and the knights who contributed extraordinarily to the fight are assembled.

Leopold was reluctant in receiving the honor because he thinks he’s just a weakling who only barely managed to hang in there until Fuegoleon saved the squad. But an encouraging speech from the latter made him willing to live up to the promotion.

Meanwhile, Yuno was still smug as ever, even when the King was annoyed at a peasant being promoted to such a high rank. And in this annoyance, he also awarded Sekke a promotion to the same rank! The reaction of Sekke and the captains to this was just HILARIOUS!

Now for the EXTRA frustrating part in Episode 153!

Since the Black Bulls are blacklisted due to the on-hold trial of Asta and Nero, they did not receive a SINGLE accolade except a medal of “special recognition” to Yami as the representative. Of course, nobody from the Black Bulls fights for medals and promotion, but they were the most crucial part of the fight!

When will the day come when the Black Bulls are finally appreciated for their efforts? They would have easily topped the ceremony!

Well. I apologize for the rant. On a better note, all the knights that fought in the battle were awarded the promotion of a rank, so that is some compensation. It is super absurd that even this announcement had to be made after the king scoffed off. Can we all just collectively agree we hate Augustus Kira Clover XIII? He is a blemish in the name of a King.

Anyway. At the end we see Magna requesting Yami to join the party going to the Heart Kingdom as he cannot be left behind while Luck progresses. And like the cool captain he is, Yami agrees (after some convincing) to talk with Julius on the condition that with his level of mana, Magna has to be prepared to die. To which he, well obviously, agrees. Banzai! It will be fun to see how our favorite Black Bulls develop in the coming arc.

In short, the episode was an OK watch, just for the comedy and to inform the viewers that there is an incoming training arc in the next few episodes. I hope the anime starts with its manga canon Training Arc soon, before 2021, please! Episode 153 was a good setup episode for the things to come. 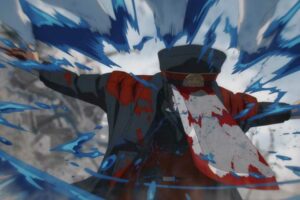 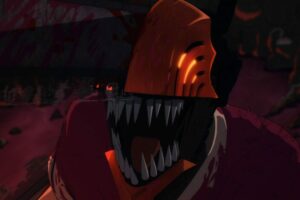 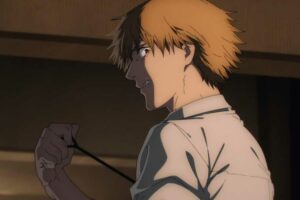 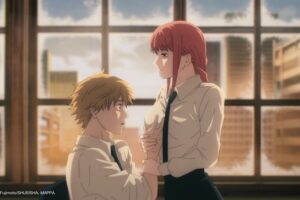 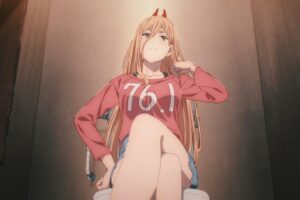