Were you brimming with confusion when Izuku Midoriya unleashed 1 Million Percent of OFA? It was a reckless attack that would have obliterated his whole body. But it didn’t and we as an audience were left with nothing but ‘how did that happen?’ Well, to be honest, you weren’t alone in that state of perplexion. Most of us were, including me. However, it was all gone pretty soon as there’s a plausible explanation to back up the heroic yet naive action of Deku.

The post contains confidential information for people who haven’t watched/read My Hero Academia.

During the Quirk Training Camp, Izuku Midoriya encountered Goto Imasuji aka Muscular while searching for Kota. And Muscular is a task by the League of Villains to kill the UA Students; Midoriya was on the list too. So, then and there, both of them had a fight where Muscular was giving Midoriya a hard time because of his extraordinary quirk – Muscle Augmentation.

Even after using 100% of One For All, Muscular wasn’t down. After witnessing that, Midoriya was left in a state of perplexion as he couldn’t possibly do anything right now. But as we all know, he won. So what was the reason and how did he defeat Muscular?

Ever heard of parents rescuing their children by literally lifting vehicles? Most probably, you have. This is a classic example that comes with the idea of Hysterical Strength. In simple words, Hysterical Strength is the display of abnormal strength by humans. Furthermore, it normally occurs in life and death situations. Basically, it’s an adrenaline rush in an emergency that allows us to go plus ultra. Pretty cool, isn’t it?

After using OFA at 100%, Midoriya should have given up the last shreds of hope but it didn’t happen. Izuku Midoriya is someone who wants to save people regardless of how dire or critical the situation is. And that’s exactly what was happening at that moment when Muscular said that he would kill Kota after putting an end to Midoriya. For a kid like Midoriya whose dream is to be a hero and to save people, that threat was more than enough to untap the hysterical strength in him.

How Was Midoriya Able To Use 1 Million Percent of OFA?

It was Hysterical Strength, a battle cry; a display of courageousness and believing in one’s own ideals. The 1 Million Percent Delaware Detroit Smash was him pushing beyond what a human body was capable of because it was an emergency. In reality, it’s more than possible that he only used around 20% of OFA. The punch was the adrenaline rush filled with intense emotions and an overwhelming level of energy.

Furthermore, Midoriya proclaiming ‘One For All 1 Million Percent’ was a battle cry to hype up the scene. In times of emergencies, the human body can overexert and overcome the barriers for a short amount of time. For Izuku Midoriya, saving Kota was the definition of an emergency.

Well, a lot of people were in confusion regarding that 1 Million Percent Smash. So if you thought you were the only one, let me enlighten you all. Here’s what Kohei Horikoshi has to say with respect to that smash.

It clearly states that Deku didn’t wield at 1 Million Percent but it was merely a battle cry to push his limits. Above all, Horikoshi also said that he was sorry if there was any misunderstanding because of that. How humble and cute a person can be? Stop it Horikoshi sensei, you have my heart.

How was Izuku Midoriya able to wield OFA at 1 Million Percent? The answer is simple, he didn’t. No one can wield OFA at that level. Deku was in a tight corner and he wanted to save Kota. So he overcame his limits to defeat the villain who wanted to hurt the child.

In other words, it was the hysterical strength that acted up. A simple definition of it would be – exhibiting an abnormal level of strength by people in life-threatening situations. And as a matter of fact, it is proven scientifically. Thus, that 1 Million Percent Delaware Detroit Smash was a battle cry that helped Midoriya to push beyond the limits and go plus ultra. 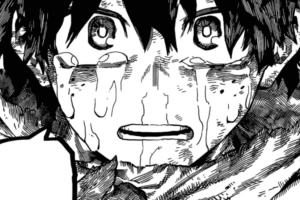 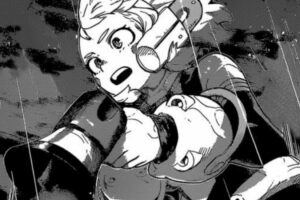 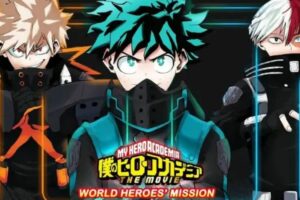 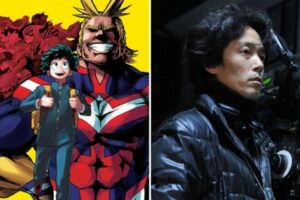