How Did Kakashi Get Sharingan In Naruto? 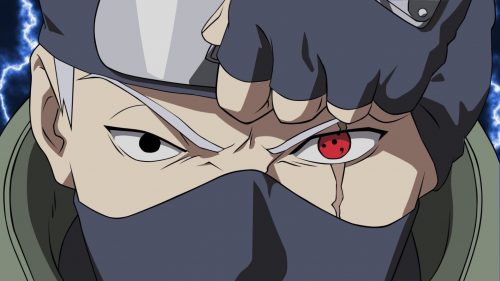 Despite being a non-Uchiha Kakashi unleashed his Sharingan against Zabuza and fans have been scratching their heads. Especially the new fans who are discovering the world of Naruto. As to, how did Kakashi get his Sharingan? Well, it is explained by Kishimoto sensei in the story itself but for those who don’t know let’s get right into it.

Contents hide
How Did Kakashi Get Sharingan?
This is the same front where Minato kills 1000 shinobi alone.
Why Can’t Kakashi Turn Off His Sharingan?

How Did Kakashi Get Sharingan?

During his time as a student, Kakashi was part of Team Minato with Minato Namikaze as his sensei and Obito Uchiha and Rin Nohara. Obito even though an Uchiha was considerably weaker than Kakashi in every aspect. He was sloppy in nature and boastful about his lineage as an Uchiha. He strongly believed that once he activates his Sharingan he will be the strongest. Along with that, he dreamt of becoming the Hokage someday.

During their tenure as a three-man team, the third great ninja war started. However, before the war starts Kakashi gets a promotion to the rank of Jounin. During the war, Minato and his team carried out missions across various fronts. During one such posting, team Minato appointed with the task to destroy the Kannabi Bridge in Kusagakure. The destruction of the bridge would curb enemy supplies. As the team entered Kusagakure, they are scout an Iwagakure shinobi, Kakashi tries to kill him with his newly developed Chidori. However, due to the tunnelling effect, Kakashi leaves an opening for a counter-attack. Thus, forcing Minato to kill the Iwa shinobi himself. He further advised Kakashi to never use Chidori again. In the meantime, Minato receives an order to face off Iwagakure Shinobi at another front. While leaving Kakashi in charge.

This is the same front where Minato kills 1000 shinobi alone.

After Minato leaves, the team gets attacked by the partners of the Iwa scout enabling them to kidnap Rin in the process. To which, Obito offers to go after Rin in order to save her whereas Kakashi prioritises the mission. It is then Obito explains to Kakashi that it is wrong to abandon the mission but leaving teammate behind is worst. With a change of heart, Kakashi joins Obito and engage in a battle with the Iwa scout team during which Kakashi loses his left eye. Also, Obito finally unlocks his Sharingan with 2 tomoe. With the help of which, the kids manage to defeat the Iwa scout team.

After they rescue Rin, the cave in which they were holding her captive collapses on itself. To save Kakashi and Rin, Obito pushes them away crushing his entire right side under a huge boulder. Obito knowing his inevitable death offers Kakashi his left Sharingan as a gift for the latter’s promotion as a Jounin. Thus, granting Kakashi his Sharingan. The other Uchiha of the village did not object to Kakashi getting the Sharingan as it was the dying wish of a young boy.

Post receiving his friends Sharingan as a gift Kakashi earned himself a new moniker as Kakashi of the Sharingan. His proficiency in using his borrowed Sharingan was such that Itachi Uchiha a genius amongst Uchiha praised him for it.

Despite, being proficient with Sharingan, it works as a double-edged sword for Kakashi. If you have noticed, Kakashi keeps his Sharingan eye shut with the help of his headband. Let’s know the reason.

Why Can’t Kakashi Turn Off His Sharingan?

The Sharingan is an Uchiha clan Kekkei Genkai. That means, only a person born as Uchiha can efficiently use it. The Sharingan forms when an Uchiha experiences extreme emotions, be it positive or negative. This is due to their brain releasing a certain chakra to their optic nerves. This flow of chakra with time and training the Uchiha’s learn to control. Also, the chakra requirement for activating Sharingan is much less for an Uchiha body in comparison to a non-Uchiha body. Thus, when a non-Uchiha receives a Sharingan their brains are biologically incapable of altering the chakra flow to the optic nerves. Therefore, keeping the Sharingan active 24/7 and also expending a huge chunk of chakra to keep it active. Due to these limitations, Kakashi never overuses his Sharingan and also why he can never turn it off.

However, post fourth Shinobi war, Kakashi is no longer in possession of the Sharingan. Thus, eliminating his major handicap of excess chakra exertion. Although, this again is a double-edged sword for him as without his Sharingan, Kakashi can no longer use his signature moves Raikiri and Chidori.

Now, the new fans of the show must be thinking how did Kakashi lose his Sharingan? Well, I will answer that soon. Stay subscribed for further updates.

How Did Kakashi Get Mangekyou Sharingan?

What is the Rinne Rebirth Jutsu?