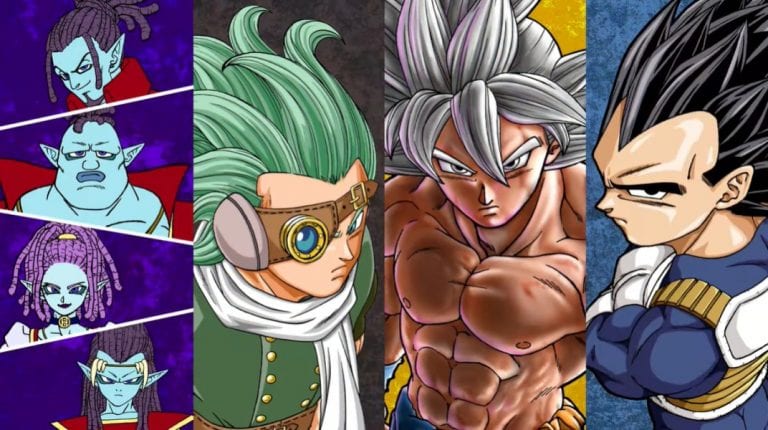 Fans are excited to witness the fated encounter between the Saiyan Duo and Granolah as the previous chapter ended with a cliffhanger mentioning the same. Goku and Vegeta are training to perfect their respective techniques with a goal to grow stronger every day. The Heeters have their own plans to gain control over things by making the fated encounter happen.

As we wait for Chapter 71 to drop on April 20th, I was having the idea of sharing my thoughts on the spoilers revealed so far. As the lonesome weebs that we are, we love to look for stuff to speculate on and theorize about. Dragon Ball has no shortage of theories and discussions. So without further ado, here are the spoilers for Chapter 71 titled “Heeters Plan” (courtesy of Dragon Ball Hype from Twitter):

Last time on Dragon Ball Super, Elec schemes to kill Granolah, as he plans to get the Saiyans, Goku and Vegeta, to get rid of him. He’s confident that they’d wipe him off the face of the Earth. Whis notices Granolah’s sudden power boost and is intrigued. Goku and Vegeta are training hard to sharpen their Godly techniques. What fate awaits our heroes as the exciting battle between them and the Cerealian is about to commence? Stay tuned to find out! Cue Dragon Ball Z title OST

Now, some people have this question. Didn’t he relieve himself of this problem by training with Merus and finally perfected Ultra Instinct in the fight against Moro? He said to Moro that he mastered the technique after honing my body to withstand it.

The thing is, in regards to any transformation, it requires stamina to hold on to those powers. When stamina levels are at its lowest, it’ll be difficult to hold on to it for long. This is generally the case for all forms. In the case of Ultra Instinct, when one consciously makes effort to control thought generation, it requires stamina. But, if one stays in that state for long periods of time and gets used to it, the amount of stamina loss gets reduced.

A similar thing happened to Goku and Gohan after their training in the Hyperbolic Time Chamber.

Vegeta didn’t feel the pressure from their Super Saiyan forms. The energy emanating from them felt so calm and serene as if they were in their base form. This is exactly what Whis is training Goku to do. To make Ultra Instinct his base form.

How excited are you for Chapter 71? Let us know your thoughts in the comments below!