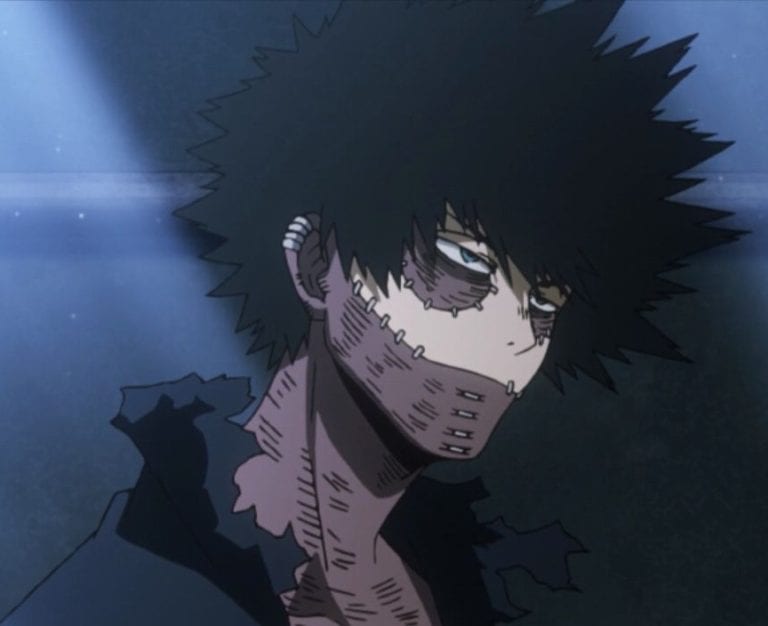 The following article contains major spoilers for My Hero Academia chapter 290. Read ahead at your own discretion!

It is time for all fans who had backed the “Dabi is a Todoroki” theory to rejoice. My Hero Academia’s latest chapter (Chapter 290) confirmed that the smoking hot League of Villains member is none other than No. 1 Hero Endeavor’s eldest son Touya Todoroki.

Chatter regarding a huge Dabi reveal had shot up as soon as the previous chapter dropped. Dabi had arrived at the battlefield where Endeavor and Shoto Todoroki were staving off a badly injured Shigaraki Tomura.

What better place for a small sweet family reunion?

Fans have been speculating about the identity of Dabi ever since he made an appearance in My Hero Academia. It was not long before manga readers and anime watchers pieced together the clues and guessed who he was. And so the reveal itself was not very surprising to be honest. In fact, we are of the opinion that Dabi’s identity reveal could have been done in a better way (it felt like an internet theory being slapped on our face!).

But the timing and the way Dabi decided to do it was what really mattered.

Contents hide
Dabi is confirmed to be Endeavor’s son!
Dabi’s dance of death:

Dabi is confirmed to be Endeavor’s son!

After arriving at the battle scene, Dabi taunts Endeavor and Shoto Todoroki for addressing him using his villain moniker and not realisiing who he really was. That was a strange thing for a villain, who was keen on keeping his identity a secret, to say (he even went to the extent of dyeing his hair). Dabi then proceeds to reveal that he is Touya Todoroki (fake surprise!).

Well, that reveal fell flat on its face. It could have been done in a much better way! The confirmation, however, has set the fandom on a roll. And as far as we are concerned, the video that Dabi portrayed to the world seems to be the real deal here.

While he was revealing who he was to Endeavor, Dabi also broadcast a video that made his identity as Endeavor’s son Touya Todoroki a public knowledge. In the video, Dabi revealed Endeavor’s dark side and his flaws as a father. He details how Endeavor’s obsession with overtaking All Might made him overlook his own family. Infact, the family was only a means for Endeavor to achieve his goal.

These shocking truths about how the ‘Number 1 Hero’ pushed his own son into being a villain would cause a stir in the hero society. Perceptions will change and maybe a time for huge upheaval would come in the near future.

The video made the clear that Touya was tossed aside after being deemed a failure. But it shows nothing specific about his past other than the struggles he had to endure at his father’s hands. We’d like to get some more info regarding this. Endeavor had previously mentioned that Touya had died in an accident. How exactly did he survive after that? How did he become Dabi? This reveal only raises more questions!

But before we get our hands on that info, it seems that we’ll have to witness how Endeavor overcomes, what could very well be termed as one of the biggest hurdles he ever had to face in his Pro Hero career. Dabi is pretty keen on taking down Endeavor along with him. As the pro-hero dances in hell with his eldest son Touya, or now Dabi, he would have to confront his dark past and also his mistakes as a parent.

One must not forget that Shoto is there witnessing all this on the battlefield. He is the only person present there who can sympathise with Touya and his past. It would be foolish to assume that he would side with Dabi and go against his father at this point. But, if he does, how do you think the situation would turn out to be?

What are your opinions on the Dabi reveal? Let us know them in the comments section below!!