What Are The Powers Of Zeke’s Beast Titan In Attack On Titan? 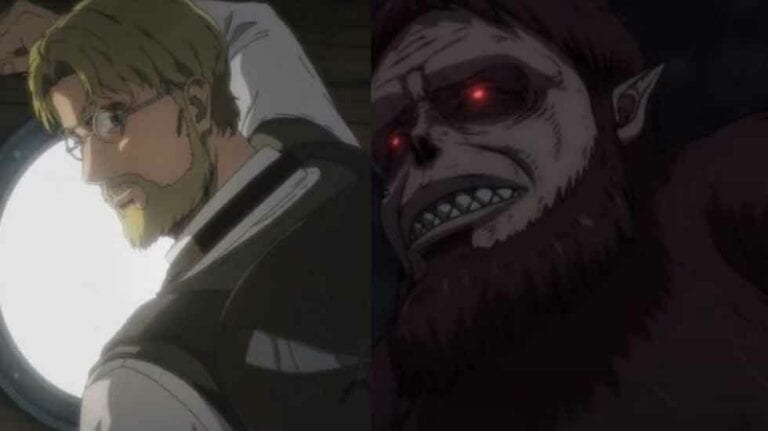 Zeke has been in the story for a while and while he started as a mysterious and terrifying figure, he has become an important part of the series. He’s schemed, fought, destroyed, charmed, and tricked his way into our hearts.

Maybe you don’t love him much. Nevertheless, Zeke is undoubtedly an extremely smart man and a really powerful titan shifter. After learning about his powers in multiple broken bits, some people might question what exactly his powers are and to what extent they’re potent. Let’s break that down for you a bit.

This article contains major spoilers from the Attack on Titan manga. Please read ahead at your own discretion!

The first and most obvious thing about the Beast Titan is it’s insanely long and powerful arms. These aren’t just for show. The Beast Titan is capable of horrific destructive throwing power that can even knock back the Armored Titan.

Not only that, the volley of rocks that the devilish figure unleashes can take down airship fleets like they’re paper airplanes. The arms are also strong enough to crush huge stones into pieces that spread and damage a large area.

Aside from the power, the Beast Titan also has impeccable accuracy. We’ve seen Zeke target humans, planes, machines, houses, and much more. He always hits them accurately and the aforementioned destructive power leaves few left standing after the barrage.

We see these come into play during The Battle of Shinganshina District and as he destroys the naval fleet of the Mid-East Allied Forces.

This isn’t technically just a Beast Titan power, but seeing how Zeke is the Beast Titan in our eyes, it’s important. However, this is only possible because of Zeke’s royal blood from Dina.

Zeke is able to convert humans into Titans with the help of his spinal fluid. It can be injected into people, or breathed in, or even drunk (through a mysterious wine, maybe?). Once this is done, Zeke simply needs to shout to trigger a transformation of these humans into titans.

That is a handy power, but that’s not all! Titans created through Zeke’s spinal fluid and shout combo are slightly special. Zeke can control them completely, making them attack a target in specific, or even stand guard around him.

Additionally, these titans can walk and be active at night. This particular behaviour was thought to be impossible until Zeke entered the picture.

Of course, only Paradis thought it impossible. Marley had made it an offensive strategy where they sneak in Eldians with Zeke’s spinal fluid in them into enemy territory and Zeke shouts.

This handy little move has destroyed towns quickly. However, there is a range limitation to this shout. It isn’t endless. It is unclear what the length of the range is, but it is quite enough to create enough titans to raze settlements with ease.

This is a side note more than anything else. After all, it seems like basically any and every titan can harden at this point. While the Armored Titan is THE titan for hardening, Zeke managed to harden his nape to protect himself from Levi.

Fortunately or unfortunately, this was hardly successful as Levi could break through the hardening with thunder spears.

What do you think of the Beast Titan’s powers? Who’s your favorite titan? Let us know in the comments below!