The author's account was taken down due to age restrictions.

Chainsaw Man author Tatsuki Fujimoto’s original twitter account (@nagayama_koharu), in which he roleplayed as his 8-year-old imaginary sister, has been reinstated as of Nov 16, 2022.

Shonen Jump+ editor, Shihei Lin, who has been constantly keeping track of the mishap surrounding Fujimoto’s twitter account, was the one who revealed this info.

The tweet translates to “Today I ate persimmons and apples. I am glad because they are not only tasty but also nutritious.”

Now that his original account has been reinstated, Fujimoto will be deleting the temporary account that he created recently.

Fujimoto’s original account was taken down by Twitter on Nov 11, 2022 due to age restrictions on the platform. The minimum age to be able to join Twitter in Japan in 13.

Fujimoto often roleplayed as his sister on the account, saying she was in the third-year of her elementary school. And while most of the tweets from Koharu usually portrayed Fujimoto as her brother, the author did break out of character multiple times to thank his assistants.

He had also been posting tweets regarding the Chainsaw Man anime episodes before it got taken down.

Fujimoto’s roleplaying also had fooled Lin once, thinking that the account was spreading misinformation. The editor was going to consider legal action against Koharu chan, before Fujimoto cleared things up. 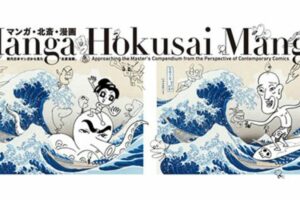