Quirk Factor is a cornerstone concept in the My Hero Academia universe. It is pretty dicey but also quite straightforward to an extent. It’s like you know what it means and at the same time, you don’t.

I know, it kind of creates a paradox but hey in my defense, it isn’t easy to define the quirk factor as a whole.

In addition to that, we have only been exposed to bits and pieces about it; all thanks to Horikoshi. However, there are several criteria as to how one can completely form a picture of what the ambiguous term actually means.

So, does that mean this article has the information you need to know about the quirk factor? Read ahead to find out!!!

What is the Quirk Factor?

Let’s start off on an easy note. You see there are several definitions of the quirk factor. It’s all tangled up messily, making it difficult to pinpoint exactly what it is. As said before, it’s a giant heap of bits and pieces.

In simple words, Quirk Factor is the most prominent aspect of quirks that allows the respective meta abilities to unleash themselves. Not that hard to understand, is it? Let’s break it down more.

What do I mean when I say quirks unleashing themselves? Well, it’s the physical and biological mechanisms working together in order to start up the ‘quirk’ engine.

In other words, it is the collective genetic and physical characteristics that form up a person’s superpower. It can also be the body parts that utilize the quirks.

Then there is the biological facet of the quirk factor, where the quirks are passed down from parent to child.

Enough of all this, let’s understand the quirk factor through an example. And I think Bakugo will be a great fit as we all know how his quirk works.

Bakugo’s quirk i.e. Explosion works on the premise of sweat emitted through his palms. Explosion allows him to secrete nitroglycerin-like sweat from the palms of his hands and ignite it at will, allowing him to create powerful fiery outbursts.

Here, the quirk factor of Bakugo’s ability is in the palm of his hands. As it is his palms that hold the ability to use nitroglycerin to create explosions.

Now, if you see, this whole process shows us how Bakugo’s quirk basically functions. Although it doesn’t say anything in a straightforward way, it does give us a general idea.

How Does Quirk Factor Help In The Functioning of a Quirk?

As I previously said, Quirk factor plays a crucial role in the functioning of quirks as a whole. And that’s because the quirks get activated mainly due to the quirk factor. It is the key that unlocks the door of using one’s meta-ability. It is the very foundation that sets everything else in motion.

Now, the quirk factor can vary from person to person. In the case of Uraraka, her quirk factor is the pads at the tips of her fingers. She is able activate her quirk when she touches any object with her finger tips.

Although we don’t know the entire process, the very fact that she won’t be able to use Uravity without the help of her quirk factor says a lot. This only emphasizes the prominence of it in the functioning of the quirk.

Can Quirk Factors Be Permanently Erased?

Yes, it is possible and there are only two known possibilities of achieving it – All For One and Quirk-Destroying Drug. As for AFO, he can just extrapolate the meta-ability from someone and either keep it within himself or give it to someone else. One such case was with One For All’s very first user.

And on the other side, we have a quirk-destroying drug that works differently. Kai Chisaki (Overhaul) was the one responsible for the conceptualization of the product. By using Eri’s quirks’ genetic material, he cultivated a drug that was permanently able to erase quirks.

We saw the effect of the drug on Mirio, he was instantly devoid of Permeation. Another case can be made for Aizawa as well. Although he was able to nullify the effect by chopping off his right leg where the bullet hit him.

In all, quirk factors can be erased by AFO and the drug. The cherry on the top is that the League of Villains has both of them at this point. Not to mention, Tomura is only getting stronger and stronger as every chapter passes.

It’s over. There isn’t much about the QF that is canon in the manga or the anime. So, there’s little to no information about it elsewhere too. Still, I did my best to answer on what’s and how’s of the subject matter.

That’s it from my side for now, I hope you found this article a bit informative. 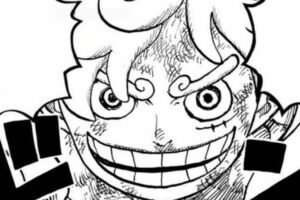