Naruto: What is Edo Tensei? How Does It Work? 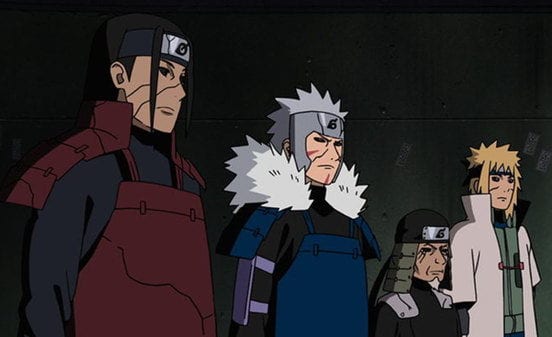 Created by the Second Hokage Tobirama Senju, Edo Tensei or Summoning: Impure World Reincarnation technique is a forbidden Jutsu that brings back the dead into a living person’s body.

Orochimaru discovered this technique later on and improved it significantly but it was Kabuto who nearly perfected it to the point where no chakra was required to use it. The latter also called it the strongest jutsu in history.

How does Edo Tensei work?

The most important thing required for Edo Tensei to work is the DNA sample of the person whom we intend to reincarnate. Kabuto believed that it basically resulted in grave robbing. However, even some blood samples of the person work perfectly.

The next step is to spread the DNA sample of the dead person onto a scroll. Once the scroll activates, it spreads a special seal around the vessel and the reincarnation process starts. It is a painful process to bear for the sacrifice and completely overwrites their chakra signature with the reincarnated person’s.

While the sacrifice is technically alive, they have no go control over their physical body and will die as soon as the technique is released.

How effectively can the reincarnate be controlled?

After first performing the jutsu, the user is only able to restrict their movements. However, they can deactivate the jutsu and carry them around (usually in coffins) and revive them whenever the need arises.

There’s one thing to keep in mind, few strong shinobis could overpower the jutsu and move at their discretion; Tobirama and Hashirama Senju for example. Tobirama was able to resist this control before Orochimaru used Hashirama’s cells to strengthen the constraint and Orochimaru notes Hashirama Senju could break free if he chose to, even with the enhanced binding from Hashirama’s cells. I mean, they’re HIS cells.

So, no strong summons? BZZT! There’s a way to have complete control over the reincarnate!

To have complete control, the user must implant a “talisman” inside the reincarnate’s head, usually attached behind a kunai.

1) The basic level: This level of the talisman can be quite risky but Kabuto still prefers it. Why? The reincarnate retains their personality and can move freely till the time they’re doing the ordered task. This can provide a lot of utility as the reincarnate can use their abilities most effectively during a fight.

Another benefit can be the possibility of them facing a known person, resulting in psychological warfare. While this seems to be good, here’s the real problem: While the reincarnates are compelled to act without reluctance, they can undermine their summoner to a degree, either by making poor decisions that opponents can take advantage of or by giving opponents advice about how to defeat them.

The use of such talisman would usually be quite effective but could be disastrous when used of high-level shinobis.

2) The final level: Orochimaru usually prefers this level on his reincarnates, where their personality is entirely eliminated. It guarantees the user to have complete control over the reincarnate and their actions to the point that they make them say whatever they want. The user can even summon other reincarnations to the location of the reincarnate with this talisman.

However, the effectiveness of the reincarnate decreases as the user may lack the knowledge about their abilities and would require overwhelming levels of multi-tasking as the user would have to decide their every single move themselves, possibly while engaging their real self as well.

On top of that, any level of control creates a traceable chakra signature between the reincarnate and the user, allowing reincarnated sensory shinobis to trace the summoner’s location.

Kabuto is known to have changed the talisman to be able to switch between the two; smart guy.

Kabuto and Orochimaru have strengthened the constraints they apply through external means as well; with Kabuto using siphons chakra from the cursed seal of Anko Mitarashi and Orochimaru utilises Senju cells.

The bodies of the reincarnated seem to be grey, slightly decayed and have cracks on their skin. By rejuvenating the body, these changes will be fixed, although they only provide aesthetic value.

Clothing remains the same according to what they wore when they died and armour offers no actual protection as it is made out of the same ashen material as the rest of their body. However, the members of Akatsuki were in different cloaks than the ones they used to wear.

Weapons are usually not retained and require to be gathered by the summoner. The reincarnated Seven Ninja Swordsmen of the Mist only had access to those swords Kabuto could acquire.

One exception to this was the Gold and Silver Brothers’ Treasured Tools of the Sage of Six Paths, which are still seemingly stored within the brothers’ bodies.

The reincarnate will have all the abilities they had during their lifetime, even Kekkei Genkai. Nagato had Madara Uchiha’s rinnegan when he died and both of them were reincarnated with the rinnegan at the same time!

As they are restored in the same physical form as during their time of death, they will have physical handicaps if any existed before, Nagato’s damaged legs for example.

However, illnesses one had before death vanishes and so will any physical damage that contributed to their death.

Regarding the foreign matter present in one’s body, it is unsure if they are preserved due to inconsistencies. Hanzō retains the poison gland of the black salamander but Madara Uchiha does lose Hashirama Senju’s genetic material.

Power level: Tobirama’s reincarnations were nowhere near their real power, which was a big loss. Orochimaru fixed this to a good extent where the reincarnates were quite closer to their actual power but Kabuto almost eliminated this problem.

Exceptions still exist, like Madara Uchiha whose abilities were limited by the jutsu. Madara’s reincarnated body was still bound by the Sage Art: Gate of the Great God.

Other limitations: All of rinnegan’s abilities cannot be accessed and a reincarnate cannot become the Ten-Tails’ Jhinchuriki.

Hmm, did you think that this was it? The Edo Tensei Summoning Jutsu provides the reincarnate with some abilities which as absolutely baffling and game-changing.

Any damage they receive will regenerate in time and they can continue attacking even before their body recovers if the damage doesn’t cripple them!

Tobirama used this quite well by created Kamikaze attacks till the time the enemy forces were wiped out.

Every individual who has been reincarnated has access to an infinite amount of chakra, making them capable of fighting and using jutsus eternally. They still have to fulfil the specifics of some jutsus like the Second Tsuchikage’s chakra supply cuts in half after using the Fission Technique (which gets refilled).

The reincarnated bodies can further be enhanced to “beyond their prime”. Kabuto put Madara’s body through a form of selective evolution where he combined the best attributes from different points of his life.

His body was restored in his prime state, instead of his old and withered state in which he died and also retained various abilities he gained during the last years of his life.  The graft of Hashirama’s DNA was also retained, enabling him to access the First Hokage’s abilities and also had access to the dōjutsu he gave up during his life.

Similarly, the reincarnated jinchūriki have their respective tailed beasts sealed back into them.

Okay, this is clearly the strongest jutsu ever created, as Kabuto said because killing the user won’t end the jutsu. However, the jutsu can be broken in the following ways:

How to break Edo Tensei?

There are also other instances of a reincarnated body escaping their summoner’s influence: Itachi Uchiha targeted himself with Kotoamatsukami of Shisui’s eye transplanted into a crow which was stored in Naruto, displacing Kabuto’s commands with different orders. Kabuto can regain control of Itachi by gaining access to the control talisman and was able to release him from the Edo Tensei.

The reincarnated bodies can be taken over through the usage of the Six Paths Technique like Obito did when he was the Six Paths jinchūriki. Because of Obito’s Chakra Receivers place into the left side of each jinchūriki’s chests, he was able to overpower Kabuto’s control over the revived jinchūriki and control them near-perfectly.

However, Kabuto could still release the jutsu whenever he wanted.

Now, you know everything important about Edo Tensei, the key to the Fourth Great Ninja War, which lasted four days and gave us a badass villain, Madara Uchiha. All of this was possible due to Kabuto’s ability to master this forbidden jutsu to such an extreme extent, as stated above.

Do not forget this, as this might be crucial for the upcoming Boruto chapters, which you can read for free on Viz media and also comment your thoughts on this atrocious technique below!