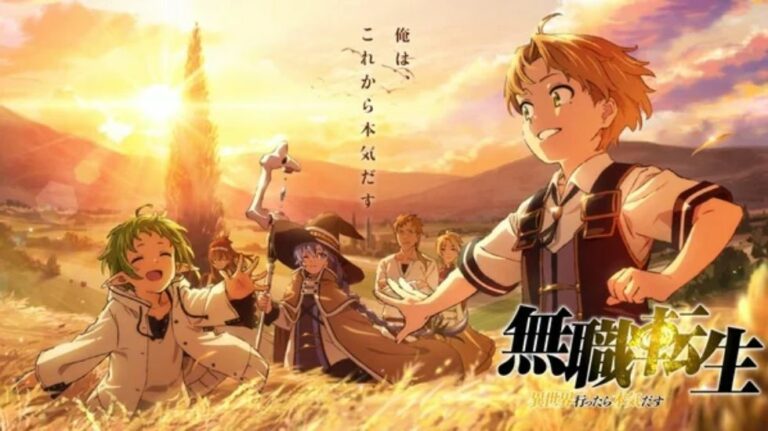 In a recent interview with ANN, Mushoku Tensei author Rifujin na Magonote opened up about the major influence fighting games had on his career as a writer.

Rifujin revealed that he started playing fighting games when he was around 18 years old; a time when he was not good at dealing with people.

“I started playing fighting games when I was around 18. Back then, I wasn’t really good at dealing with people,” the author said.

Interacting with other people at the arcade as he competed against them helped him hone his communication skills and develop proper manners.

He also imitated the behaviors of the people that he thought was good and ignored the ones that were bad, picking up “common sense things” in the author’s own words.

“Basically, all the common-sense things that every human picks up from somewhere finally came to me in an arcade when I was around 20 years old. Basically, fighting games were what taught me how to clear the minimum bar.,” said Rifujin.

Other than helping him clear the minimum bar in socializing etiquette, Rifujin’s experience with fighting games ultimately helped him not want to give up writing the novels.

There was a time when the author felt he was done competing because he turned out to be the strongest in his local area.

He was conscious of himself that he would not be able to deal with the frustrations and setbacks if he left his comfort zone and challenged people stronger than him, which he later regretted.

“I could have left my hometown and challenged people who were stronger than me. Despite knowing that, I didn’t want to experience the frustration and setbacks, so I ran away from it. Even though the truth was that I really did want to get stronger,” Rifujin revealed in the interview.

He was never able to come to peace with that decision.

When Rifujin took up writing Mushoku Tensei he channeled that sorrow as a driving force to overcome all the difficulties while writing and to continue the story all the way till the end.

“That feeling of regret was what supported me when I was writing Mushoku Tensei,” he said. “It was what allowed me to steel myself.”

Mushoku Tensei: Jobless Reincarnation is a Japanese light novel series by Rifujin na Magonote about a jobless and hopeless man who reincarnates in a fantasy world while keeping his memories, determined to live his new life without regrets.

Originally published on the internet web novel website Shōsetsuka ni Narō in November 2012, a year later, it was announced the series would receive a print release under Media Factory’s MF Books imprint with illustrations done by a Pixiv user called Shirotaka.

A manga adaptation by Yuka Fujikawa began serialization in the June 2014 issue of Monthly Comic Flapper.

On Syosetu’s rankings, the web novel has made cumulative appearances as the most popular work on the website.

An anime television series adaptation by Studio Bind premiered in January 2021. The second half of the same season premiered in October 2021.