Fruits Basket’s new episode reminds us why we love this slice of life anime so much. Fruits Basket Season 2 Episode 2 is all about facing our fears and trying to overcome them in a very heartwarming way.

In the latest episode titled ‘Eat Somen With Your Friends’, our protagonists are going through a tough time deciding what they want to do in the future. The title seems a bit odd in the beginning, however, by the time the episode ends we realise that the episode has been aptly titled and get some important life lessons from it. The episode, with its slow pace, allows you to relish the small small moments that adds a depth to the story and also makes it more beautiful.

The tone for the second episode of Fruits Basket season 2 is set when Tohru’s class is asked by their teacher to turn in their career planning forms. Yuki and Kyo seem particularly concerned by the idea of a career plan as for them having a normal future like the others seems like a big ask. Their zodiac curses which transforms them into animals when hugged by the opposite sex prevents them from leading a normal life in the society.

During the lunch break, Arisa Uotani and Saki Hanajima prod Tohru and get her to reveal her plans for the future. Tohru says she wants to have a job and start supporting herself so that she won’t be a burden on others. The confident answer from Tohru makes us feel that she has planned out her future pretty well. However, towards the end of the episode we realise that is not the case.

Arisa also teases the relationship between Tohru and the Sohmas asking which of Yuki or Kyo she will marry. This is essentially Fruits Basket creators teasing the fans and keeping us guessing as to which of their ships will set sail to the far shore and which one won’t leave the dock.

While the previous episode of Fruits Basket showed us how much Yuki had managed to grow and mature in the past one year, this time it is Kyo who is in the focus. Like Yuki, Kyo too has changed a lot over the last year, and again it is all thanks to Tohru. This is noticed by Kyo’s master Kazuma Sohma, who had trained him from a very young age.

After brooding over what to do in the future, Kyo decides to visit Kazuma, who has been like a father figure to him, with Tohru also tagging along with him. During this visit, Kazuma notes the change in Kyo’s personality. He notices that, instead of running away from people and being dejected all the time, Kyo has started interacting more with those around him particularly Tohru(though he is still one of the biggest Tsunderes that we have seen) and has started facing his fears.

However, in between the visit, Kazuma is summoned by Kyo’s father for a meeting, who seems to be concerned about what will happen if his son is allowed to roam free among the people even after graduating.

We also understand why Kyo seems so concerned about his future, because apparently, the people who have been cursed by the spirit of the cat are usually considered as monsters and shut in a dark room in order to keep them in check. But, seeing the change in Kyo’s behaviour and because he cares about Kyo like a father would care for his own son, Kazuma rejects the idea and says that he will support Kyo and let him have a better future, even if it meant crossing paths with Akito Sohma.

Back at Shigure’s residence, Kyo is clearly able to see through the bold face that Tohru had been putting up and asks what she really wants to do in her life and whether the thought of the future troubles her. The unexpected question completely breaks down Tohru and she starts crying. The worries and anxiety that she had bottled up inside her start pouring out, especially the fear of leaving Shigure’s home eventually once she graduates. Kyo and Tohru go on to share quite a touching moment. However, Shigure makes a surprise entry (you could say he ruined Kyo’s moment with Tohru) and gives an advice which puts her mind to ease.

Basically, Shigure advises Tohru to stop worrying so much about the future and embrace the present. And even if things get complicated, she could always take a break and enjoy a bowl of Somen with her friends.

This scene was perhaps one of the best in Fruits Basket, not just because it was pretty emotional and close to the heart, but also because it is quite relatable. We have all worried about our futures at some point in our lives, hell we do worry about our futures even now, not knowing what’s going to happen and how things will turn out to be. We could be worrying about the future of our relationship, our career, studies or anything related to it. When Tohru expresses the anxiety and uneasiness she had when she thinks about the future, the moment hits too close and becomes almost a real life example.

Shigure’s advice at handling that anxiety is spot on too, it is something that you should definitely not miss out. Watching it, you’d wish you had someone like Shigure to guide you when you are stuck.

Fruits Basket Season 2 Episode 2 is a wholesome one. It packs fun and entertainment along with some heartwarming moments with an undertone of life lessons that we all need. Like we mentioned before, this episode focuses on Kyo and Tohru. We still haven’t seen what Yuki aims to do in the future. Even Momiji has dreamt of doing something in the future, but does not reveal it to Tohru right away.

Season 2 of Fruits Basket might try to touch on all these points as everyone will figure out what they want to do with their lives over a fun summer vacation arc. With two episodes down, it feels like Fruits Basket is living up to the expectations that we all had from the shoujo anime.

Fruits Basket’ Season 2 Episode 3 is scheduled to release on April 20, 2020, at 11 am PT in the US (and on April 21 at 1:30 am JST in Japan) Crunchyroll and Funimation are both simulcasting the anime. The episode will probably show us more of the new student council members, Kakeru Manabe and Machi Kuragi, who we missed badly in the second episode. 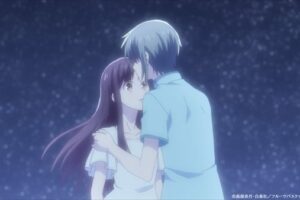 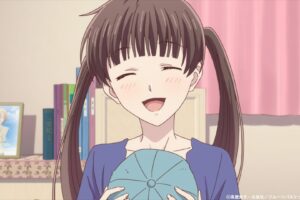 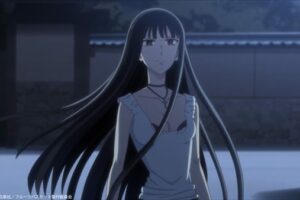