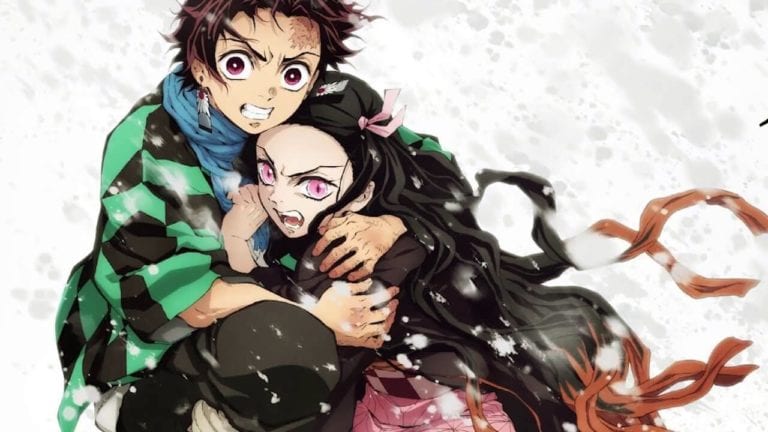 Demon Slayer Chapter 203 is out and it definitely feels like the series is drawing to a close. It had previously been confirmed that the Demon Slayer: Kimetsu no Yaiba manga is in its final arc. With the defeat of Muzan and Nezuko turning back human, the plot already seemed coming to an end.

However, a wild twist awaited the fans, who had to see Tanjirou turned into a demon by Muzan before he died. With this development, fans were hoping that a new arc would begin which would focus on Zenitsu, Nezuko, Inosuke and the others going on a journey to make Tanjirou a human, while uncovering new secrets about the demons. However, the latest chapter of the Demon Slayer manga, all but ends the speculation of a long revival arc.

Demon Slayer Manga Chapter 203: Tanjiro Overcomes the Demon in him!

In the previous chapter, Tanjrou had gone berserk after becoming a demon and started attacking his friends and comrades, everyone except Nezuko. Sensing that there is still some part of his human consciousness left in him, Giyu and the others restrain themselves from going all out against Tanjirou. The chapter ended on a cliffhanger, with Kanao receiving a fatal blow as she injected Tanjirou with the antidote to make him human again.

Chapter 203 of Demon Slayer majorly takes place inside Tanjirou’s mind (or his head). Supported by his friends and family he is slowly fighting off the demon inside his body. However his efforts to become a human again is hindered by whatever part of Muzan is left inside of him.

According to Muzan, Tanjrou has conquered the sun and is now a perfect being. He can’t seem to understand why he would want to become a human again. Muzan comes up with all sorts of reasons to stop Tanjirou, even trying to rile up the guilt in him by saying that he has injured his friends after transforming into a demon and they would no longer accept him. Muzan tries to force Tanjirou to only think about himself and the eternal life he’s have in front of him by being a demon.He tries to paint a bleak picture of his future, saying there would only be sadness and sorrow if he decides to be human again, especially due to the fact that most of the people he cared about are dead already.

However, Tanjrou hangs onto his resolve of being a human and going back home with his sister, Nezuko. He tells Muzan that he won’t let the sacrifice made by the Hashiras and his family and all other people to take down Muzan go in vain. At this point, the effects of the antidote also begin to kick in and Tanjirou is finally able to turn back into a human, much to the joy of others.

We had speculated in the previous chapter that Kanao might have died after that fatal blow she received to her body, however, we see that she is still alive and being helped by the Kakushi and remaining members of the Demon Slayer corps.

The editor’s note at the end of Demon Slayer Chapter 203 does indicate that the next chapter could very well be the climax of the series. However, there are no other specifications about its ending, according to a tweet by Weekly Shonen Jump. Though the chapter did have a climactic feel to it (with Yushiro saying ‘it’s over’ in the final slide of the chapter), we feel that there are certain aspects of Demon Slayer that could be explored further.

We were hoping that the whole thing about Muzan’s will and desire being transferred to Tanjirou will have a much bigger role to play in the manga. However,it is too early to completely write it off, as even at the end Muzan seemed to beg Tanjirou to continue being a perfect demon and carry forward his wishes and desires. What exactly was Muzan’s wish and desire, once he gained a perfect body and was able to defeat the sun. Peaceful co-existence with the humans? We think not.

If the manga really is ending, then it’s time for fans to shift to something new. That said, we can’t be sure of anything till the next chapter drops on May 10th. Do you think Demon Slayer manga is really ending. What are your thoughts, you could start discussing them in our forums section!!