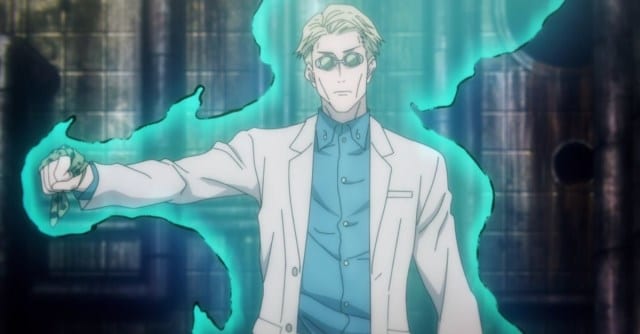 ‘The accumulation of little despairs… that’s what makes people adults’

So then, let’s ask a simple question – who is he?

Contents hide
Kento Nanami and His Ideals:
To Care For Others:
The Background Moments and Purpose of Life:
The Disappointment That Comes From Within:
An Emotional End:

Kento Nanami and His Ideals:

From the viewpoint of a mentor, Nanami is someone who Gojo can never be – a person who follows an external set of rules. However, he also hates the ways the higher-ups do things. The man tries to conform to rules so that he can be on the side of righteousness. He is like an extension of morality and believes that others should follow it too. It comes off as a very conventional-like belief but one can’t deny that he’s wrong.

Nanami has spun a web around him to defend himself from the ‘wrongs’. So when a kid like Yuuji is in danger, he will do everything to save him. Because that’s what he thinks is the right thing to do. What makes him more interesting is that he’s too kind when it comes to being cold and strict. He definitely cares about the people around him. Or does he?

To Care For Others:

While he can come off as this stern and harsh person, he can never be uncaring and neglectful. The crux of Nanami’s persona forms upon the notion of ‘being kind and caring’. Back when he was in Jujutsu Tech, he was tired of watching his comrades die for the sake of others. The death of his good old friend Haibara scarred a hole in him.

Now, it didn’t matter how many curses he killed, his friend was never coming back. And on top of that, innocent people were still going to die. But his ideals were so strong that he couldn’t run away from the desire of helping others. So, the normalcy here lies in how humane he is when it comes to sensitive matters like these.

The Background Moments and Purpose of Life:

If the accumulation of little despairs makes people adults. Then the accumulation of gaining happiness from minute things makes us more human. So when the bakery girl said ‘Thank you, please come again’ it instilled life in him. In his supposedly final moments, Nanami says ‘I have no regrets’. This is him acknowledging the fact that he was happy to help her. And it clearly draws a picture where he understands the meaning of life.

For him, it is to help and save others and he feels extremely grateful for that. Because sometimes, the little moments which hide behind the curtains matters the most.

The Disappointment That Comes From Within:

Nanami is a person who strongly believes in the idea of righteousness. But the world continually disappoints him, as to remind him that he isn’t enough. The evil around him just grows stronger day by day and people fall into the diabolical traps. This cycle of losing one’s integrity is what irritates him. He is unable to find the answer to why people can’t stick to their moral principles even when they are strong.

In Chapter 100, we get to see how relentless and merciless Nanami is. The brutality he inflicts upon the enemy is off the charts. Because he failed again to save his comrades. At that moment, he just snapped. We saw the breakdown he was going through. He was furious at evil and wanted them to pay for their actions. That scenario depicted a man weeping from inside. He was severely disappointed in the ruthlessness of the world.

Nanami was a normal salaryman. He wanted to be somewhere where he could control things around him. It was just another wish from a man who was too good for the vicious world. He never felt a sense of empowerment when it came to exorcising curses. But he tried his best till the end. The idea of generosity and kindness sounds nice until one notices how catastrophic the consequences can be.

JJK is set in an over-the-top hysterical yet beautifully curated world which has its own charms. The characters aren’t your average shonen ones, they feel different. They all have their own motives to be powerful. A majority of them are insane and would probably go to any length to save the day and be the hero. But Kento Nanami wasn’t one of them. He was a man who just wanted to do the right thing. But was he able to?

Well, we all know the answer to that question – he died happy because he did the right thing.