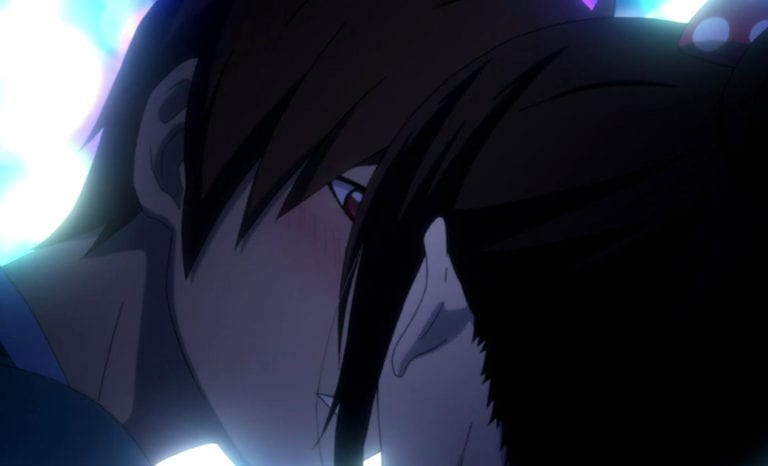 The peak scene in Chapter 30 of the manga Noragami breaks our heart when Kouto Fujisaki (who was still a random character) tries to get Hiyori Iki’s attention and steals a kiss out of the blue! I am sure it made your skin crawl at that moment.

But looking at the plot afterward in the manga and realising Fujisaki was really Yato’s father, we come to wonder if Fujisaki intentionally kissed Hiyori, or was it a spur-of-the-moment decision? With Father being involved, nothing seems to that easy!

Yato is a negligible god who barely has any worshippers. That is why, from the start of the Noragami series, we see him struggling to become marketable and to somehow garner fame.

And as we have known, “Gods are born from the wishes of the mortals“. Similarly, Yatogami was also born from a strong wish- by his Father; which makes him tie an eternal bond between them. But when Father (who is now possessing Kouto Fujisaki’s body) finds out his minor God is getting out of hand, he tries something nasty.

Contents hide
Father: The Bridge Between Yato and Hiyori
So, Did Father Intentionally Kiss Hiyori Iki?

Father: The Bridge Between Yato and Hiyori

The God Yaboku was summoned by Father to fulfill his wish of “a cull” and spread “discord” in the Heavens. Since childhood, Yaboku and Nora have served Father happily for many years. But after the incident with Sakura, something inside Yato changed. It felt like he wanted to the shed the image of a God of Disaster.

After meeting Yukine and Hiyori Iki, his wish to become a God who brought happiness to others only increased. And this new ideology of Yato’s ticked Father off.

Fujisaki zeroed in on Yato’s relationship with Hiyori as the root cause for the change in him. He somehow wanted to push these two apart.

As always, Father chose to hurt Yato by taking away Hiyori. He wished to show Yato how Hiyori cannot be a part of his world. She cannot be trusted and that she is just another human who took Yato for granted.

He plotted the perfect plan to send Yato to Yomi to rescue Ebisu and take advantage of his absence. Father knew that Yato and Hiyori Iki were inseparable. But being a mortal in the Near Shore, Hiyori too can forget about him pretty easily. And to push it further, Fujisaki joined the Capyper trip.

The absence of Yato triggered Hiyori’s loss of memory of him and Yukine that Fujisaki was keeping a keen eye on. Hiyori always wanted to come to Capyper land with them, yet she started forgetting who they were. Being in the Near Shore for a while, it is very common to cast a blind eye on the Far shore people. This is what Father was always after.

And for the final blow, when Hiyori was totally confused feeling empty looking at the Capyper Parade, Fujisaki kissed her.

The answer is yes. Father kissed Hiyori because he wanted to drive a wedge between her and Yato. Father wanted Yato to hate her and forget all about her.

You may say, it was Fujisaki Kouto, the Senpai who had a crush on Iki kissed her in the spur of the moment, I would not deny it. Father would definitely use that adrenaline drive as a win against Yato. His devious plan becomes clear when he divulges the details about the kiss to Yato in chapter 44, hoping to push him away from his only worshipper.

Either way, he was fully prepared to throw Yato into a pitfall. He wants Yato to suffer. To hate humanity and become the Calamity who pass the final judgement on the world. So, we can boldly say it was all part of Father’s grand plan.

Father is very skilled at pulling the strings behind the scenes. He has sensed that after meeting Hiyori, Yato got an excuse to look down upon him. As if Yaboku has entered his rebellious phase. And somehow, Yato is certain that even if he rebels against Father and gets himself killed, he will surely come back because Hiyori will pray for Yato.

It goes without saying that Father wants to nip this feeling in the bud. He wants to cripple Yato into thinking sticking to Father is the only hope for him to exist.

Fujisaki is also one of the most powerful characters in “Noragami” with an ability to harm people without so much as batting an eyelid. So, kissing an innocent girl just to torment Yato physically and psychologically is no big deal.

Father’s sadistic nature is not a secret to the fans, yet his calculative moves trace back a long way to some ugly revelations that make our blood boil! 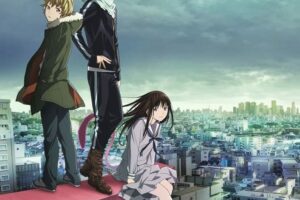 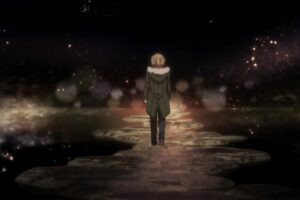 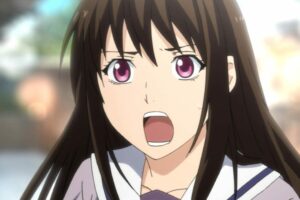