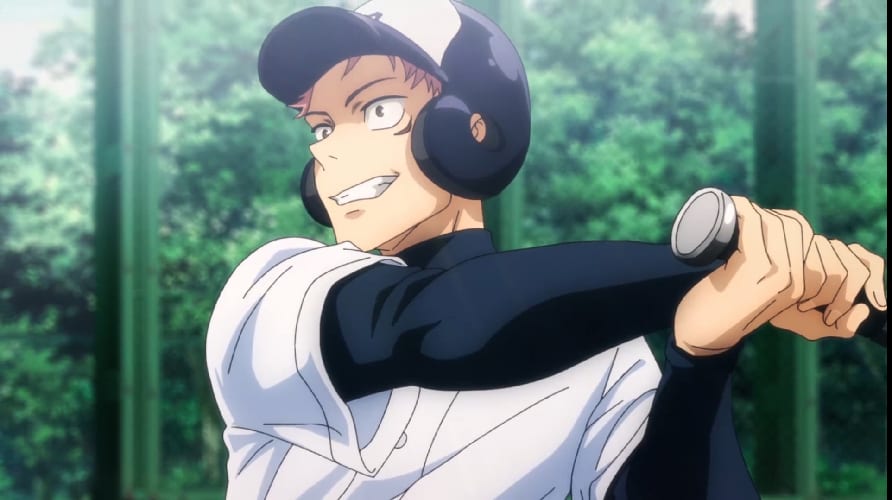 The 21st episode of Jujutsu Kaisen cools down the series, which was quite important. Since the start of the cour, the series was quite tense, except for the usual JJK comedy.

While this episode was similar to the previous episodes in a sense, it still falls more on the bright side; as the second round of the tournaments starts! Individual fights? Funny? No, right? Yeah, that’s why Gojo changed it to Baseball!

This part blessed us with a replacement Mechamaru, Maki cunningly defeating the opponents and celebrating. Well, then last but not least; everybody hating Todou. It was hilarious how Itadori held his Besto Furendo and everybody else was glad that Aoi was hit in the face!

In the end, Itadori grabs the victory for his time after hitting a home run; not that it matters at this point (pun intended).

While I was looking forward to the individual fights like many others, I still like this change. It breaks the common/classic shonen tropes which the series follows a lot and is a nice change of pace after the constant fighting. This also helps to reduce some of the bad blood between the characters, if not remove it. The individual fights would’ve potentially made the students more hostile towards each other, and Gojo understood that well.

However, we also get some insights about the curses’ plans. Mahito successfully stole all six of Sukuna’s fingers which the Jujutsu High had and another special-grade cursed object.

It seems like they’re not going to use any of these objects right now, as they plan on sealing Gojo Satoru in Shibuya on October 31st. On top of that, Hanami managed to survive too. While he sustained severe injuries, he is still alive and will be able to attack in Shibuya for sure.

It will be interesting to see if the curses can actually pull it off or not. For that, we’d also need more insights about the special grade object they stole, as it might come into play.

Other than that, there wasn’t anything exceptional about this episode, which makes sense as the series is seemingly cooling down a bit. However, we still learn about Tengen’s barrier and his immortality.

We also witness some small conversations between the characters, like Kamo and Itadori’s conversation which ends with Itadori being accepted by the member of the Zennin family, and an interesting conversation between Principal Yaga and Gakuganji, where they discuss Itadori’s existence.

Metaphorically, this was expressed well, with Ants moving in a straight line, as they always do and Gojo stomping through them, representing the Jujutsu society, its laws and Gojo’s existence in it, as he simply does not care about rules and is revolting against the system.

Overall, this was a pretty nice episode. As mentioned above, it did its job of cooling down the situation well. It also builds up well for the next major event of the series, which will happen in Shibuya on October 31st.

We still have three more episodes left for this cour, and it seems like we’re done with the Exchange Meet Event now, so it would be safe to assume that the next three episodes will build-up towards the next season and will most probably end on a cliffhanger.

With that said, What do you think of the episode? Did you like it or not? Let us know what you liked and what you didn’t in the comments below!