Did Tabata Intend For Yuno To Die Early In Black Clover? Black Clover revolves around the story of two boys, Asta and Yuno, and their promise to become the Wizard King. Both of the boys are pillars of support for each other, pushing the other to surpass their limits. They are brothers and rivals by choice, and it is always a delight to see them interact and grow.

Lately, a lot of shocking revelations have come to light about Yuno in Black Clover. The recent episodes of the anime revealed that he is actually a Spade Kingdom citizen. But he is not even an ordinary citizen. Yuno is actually a royal, a prince of the Spade Kingdom!

This revelation explained his immense amount of mana. But a piece of new news on Yuno has left us utterly confused.

Contents hide
News about Yuno’s death surfaces
What would have happened if Yuno died early?

Twitter user @/ezinstinctman recently uploaded an image of what seems to be a newspaper or magazine. The user captioned it as “Yuno was supposed to die early in the series .” This comes along as a big shock because, as stated before, Asta and Yuno are the focus of this story!

If you’re worried about the credibility of the news, don’t worry. We translated the image ourselves. The translation reads: At the beginning of the series on Black Clover, Yuno was scheduled to die in episode 7.

However, what is even more confusing is that Yuno is nowhere in episode 7 of the anime nor chapter 7 of the manga!

In episode 7 of the anime, the scenes revolve around Asta getting comfortable at the Black Bulls’ base and finding Noelle practicing her magic secretly. While chapter 7 of the manga actually shows Magna, Noelle, and Asta in the midst of a fight against lackeys of Eye of the Midnight Sun at Sosshi village. We cross-checked the manga, just in case.

Does this mean that Tabata was planning a whole different story earlier? A lot of mangakas adjust their stories many times after seeing the audience’s responses. So, it might be possible that Tabata was actually planning on a shorter (and perhaps even darker) plot for Black Clover.

What would have happened if Yuno died early?

We know how much Asta and Yuno mean to each other, as stated earlier as well. And it is a rule of shounen world that if the main character loses someone they are close to, they immediately display unprecedented resolve. Well, jokes aside! Some fans think that Yuno was probably going to die in the Dungeon Arc.

If Yuno had died in his fight against Mars, it would’ve served as a stopgap to the series being axed. Yuno’s death would have fueled Asta’s resolve to become the Wizard King as soon as possible and avenge his brother-cum-rival’s death.

Tabata could have directly skipped to Asta’s power up and let go of a lot of arcs. We have no idea. Yuno is a cherished character of Black Clover. Yuno’s death also meant a whole different character development route for Asta, probably even a bit darker.

Well, it has passed! But this concerns us if Yuno will die in the future! Did the mangaka scrap his death or merely postponed it? What do you think? Let us know in the comments! 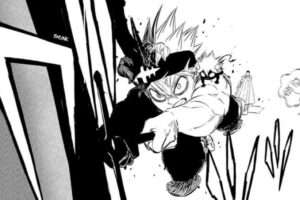 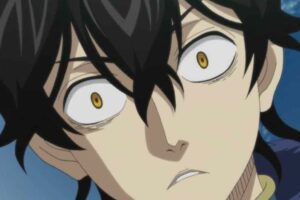 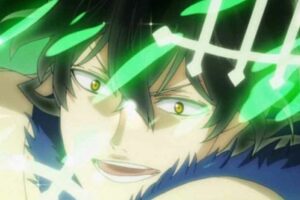