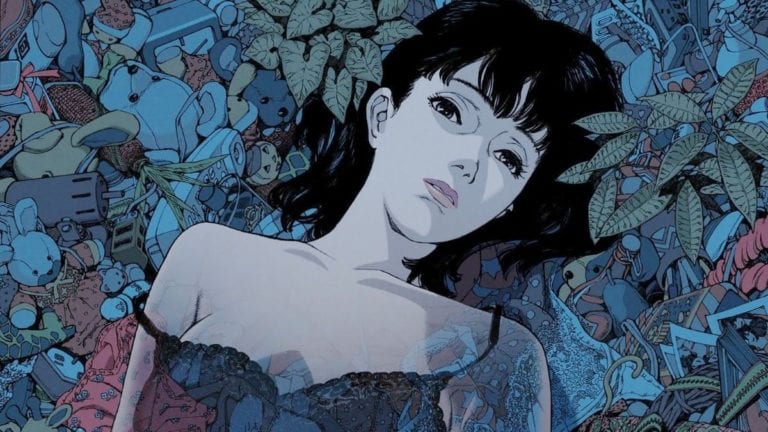 Satoshi Kon was a man obsessed by the concept of duality. In most of his creations he used it as the major element that binds the story; the idea to exist in two separate beings. One of the best and popular examples of it is his 1997 debut film, Perfect Blue. Almost 20 years later, this film still keeps getting more worthy of its fame and more and more creepy. Why is that?

Perfect Blue is the nightmare of dualism that exists between a person and the avatar.

It is a story of an ex-Jpop idol Mima Kirigoe who loses herself in the battle between her choices and the perspectives of her fans. The line separating reality from fiction slowly blurs away and eventually the persona takes over her as the chain of horrifying events takes place surrounding Mima.

Saying the film straight up a psychological horror is an understatement. Even the film contains detailed imagery, graphic violence, nudity and lots of blood enough to make you gulp down your puke, it still is way more deep and toys with your mind hitting directly on the unknown side of you. It literally questions your own existence.

Contents hide
So, Why is Perfect Blue scary?
Why is Satoshi Kon a genius?

So, Why is Perfect Blue scary?

Standing in 2020, Perfect Blue is scary because the theme of Satoshi Kon’s masterpieces revolving around internet/social media/secondary identity and the likes are becoming more and more relevant. The movie is way ahead of its time and is the perfect reflection of all the current online dramas we go through. With the advent of social media, everyone of us is a micro-celebrity and the horror conveyed by the film is infinitely more real today. Because now everyone is an audience and everyone is a performer.

We love our avatars- our perfect edited representations of ourselves that we showcase online. A lot of us have multiple accounts dedicated to maintain the idea of who we are and what we represent. Pouring hours and days perfecting this make-believe world of ours, so that people don’t judge us. But what happens when the avatar takes over your true self and starts shaping who we are? This is where the absolute mindfuck starts and Perfect Blue is the logical answer.

Why is Satoshi Kon a genius?

I am not here to do a movie review, but to let you know why Satoshi Kon’s death is a huge loss to the anime industry and what message he left us through this marvellous movie.

Satoshi Kon never took his inspirations from the standard concept of 90’s anime. His characters were like regular human beings with realistic features. He even toyed with his concept of cinematography to put in shots from 90’s anime characters as well. The only people who seem to be polished or stylised are the celebrities- just like it was in our world at that time.

The shot that became the starting point of this trauma only to be unravelled by an ugly looking bastard is when this man holds up the image of dancing Mima on the palm of his hand. With this three second cut Kon conveyed us everything about this fanboy and his perception about Mima.

Continuing Kon’s extraordinary feat as a debut director, the way he used colours and tones to set the mood of Mima’s situation from comforting detailed room designs to harsh saturated background screaming “death”.

Many fans of the movie try to wreck their brain to to satisfy themeselves by explaining what they just saw. But, if you ask me, Perfect Blue is an experience. If you go in the explanations it will lose its charm. As the movie ramps up the scenes from Mima’s actor life and her real life back and forth, it just becomes more and more jumbled, getting harder and harder for us to lose track of what is real and what is not.

Here is where fans start speculating theories and opinions about the shots, but Perfect Blue is not a jigsaw puzzle to be solved. Because when it happens in real life, I am sure it happened, no one is there to narrate it for you.

Thus, Satoshi Kon’s masterpiece is not just a horrifying psychological thriller, but it is a time capsule for the future generation who are so obsessed with their perfect online avatars. The consequences of losing track of oneself to gain attention and fame is never ingenious. It is the message from this genius to us- “don’t be a simp”.

1 thought on “Why Satoshi Kon’s Perfect Blue Is Still Scary?”