Skip to content
Home » Series » One Piece » Was Kaido Off The Mark With This Statement From Chapter 993?

Was Kaido Off The Mark With This Statement From Chapter 993? 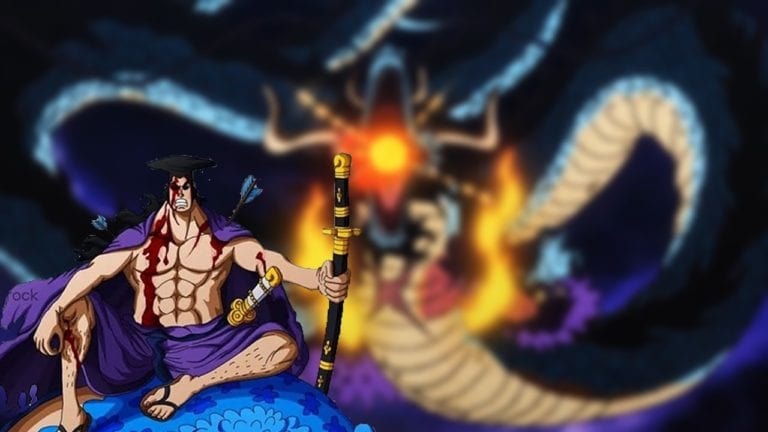 In the latest chapter, Kaido states, albeit with some kind of a forlorn emotion, that there would never be another samurai who will be as strong as Kozuki Oden. The red scabbards managed to land a hit on Kaido and injure him by using Oden’s Two Sword Style Paradise Totsuka. However, it did not inflict the same damage as that of the samurai from Wano.

Kaido tells the Akazaya Nine that even though he could see Oden’s visage in their spirit, their strength was not close to that of the legendary samurai. They didn’t even have the power to open up the old scar that Oden gave him. According to Kaido, there won’t be another monster samurai of his like again. But, knowing Oda and his tropes, it is possible that Kaido could be totally off the mark with this statement.

It is clear that the yonko suffers PTSD from his encounter with Oden. There are speculations that this encounter is what could have triggered his suicidal tendencies. But Kaido is so fixated on a legend of the past, that he fails to see the huge threat right in front of his eyes (or some floors below him). While this arc was supposed to be all about the Akazaya Nine and their glorious comeback, it is highly possible that someone else will steal their thunder.

According to Zoro stans, Kaido saying there is no one as strong as Kozuki Oden is Oda’s way of building up to the clash between the two. There was this possible foreshadowing about Zoro vs Kaido that readers caught on to from chapter 992. And then there is the fact that Zoro is in possession of Enma, the very same sword that Oden used to land a critical hit on Kaido.

Putting two and two together, there is a good chance that Kaido will be forced to alter his statement. But then, amidst the Zoro hype train, we are forgetting some important details.

First, we don’t know for sure if Zoro is a samurai. Well, not all swordsmen are Samurai you know (that’d be racist). There are theories that speculate about his origins and some of them suggest that he could be from the land of Wano. But unless we have some concrete proof, blindly assuming that could be wrong. As far as established facts go, we know that Zoro was born in the East Blue and the only way he could be related to Wano is through Koshiro.

Even if we ignore the samurai part, the second conflicting issue is Zoro’s abilities. It is true that he has the Enma with him. Even so, assuming that the Straw Hats’ first mate is strong enough to inflict heavy damage on Kaido alone would again be a wee too much.

Now, fans believe that Zoro has been holding off since he came to the new world. But again, there is no concrete proof that points to this. He has been in tricky situations before, from which he struggled to escape. Some of the theories pointing to Zoro holding back are pretty convincing, but it would still be pretty steep to assume that he is as strong as Oden, who was literally a raging monster like none other. Oden was a one-time phenomenon.

We get it, with the series coming to a conclusion soon (in 5 years that is), it is high time that the Straw Hat pirates stop playing catch-up and start taking control of the new world. Wano arc provides the perfect platform for them to do the same. But even so, it would require an effort greater than a single swordsman and a legendary sword at this stage to take down Kaido. Especially when there are rumours that Kaido hasn’t even revealed his final form yet. Then there is also a big obstacle in the form of Big Mom, that needs to be taken care of.

In the end, Kaido’s statement could still realistically point at a Kaido vs Zoro fight in the coming chapters. He might be forced to retract what he said about a strong swordsman (not samurai mind you) like Oden not existing. But it needs to be seen if Zoro can surpass the levels of Oden (who was Roger and Whitebeard level powerful) and inflict heavy damage on the yonko.