Fans have been waiting for this ever since the Trailer dropped. 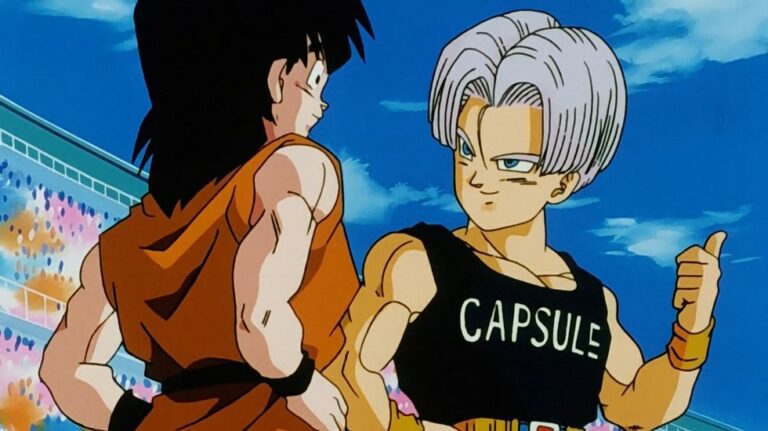 After much speculation, the latest panel of Dragon Ball Super: Super Hero confirms that Goten and Trunks will be appearing in the film, and their design shows they’ve aged up!

Soon into the conversation, Iyoku pointed at a poster, which was the movie’s Key Visual released before Jump Festa 2022, and said “something is cut off, or rather, the rest of the car is out of view”

“Well, there might be the other half of the car, we just don’t see it” said host Sascha.

The panelists then revealed a never-before-seen full image of the said poster, featuring new characters like Krillin, Android 18, Bulma and of course Teen Goten and Trunks doing the fusion pose.

Perplexed by their new design, Sascha asked Iyoku about the timeline of the film’s events. Iyoku vaguely answers by saying that “Since Videl is seen to have grown up, some time has passed after the events of Dragon Ball Super: Broly. That’s why Trunks and Goten have grown a bit older”.

The host then focused on the fusion pose and asked “will they fuse into Gotenks in the film?” The Panelists were initially hesitant to give a straightforward answer but Director Kodama does say that “When it comes to Goten and Trunks, Fusion is only natural”

Iyoku confirms this and added that Gotenks will appear in the film.

But as many fans noticed, Sascha pointed out that there seems to be a mistake in their pose. The index fingers of their hands above their heads seem to be not properly connected.

Goku and Vegeta made the same mistake in the Broly film and turned into a fat version of Gogeta.

Fans speculate whether we will see teenage fat Gotenks in the film.

The new Dragon Ball Super: Super Hero movie will release in Japan on Apr 22, 2022. The Super Stage Panel at the Battle Hours event revealed that the film will hit North American theatres in Summer 2022.