Today, on Goku Day, the official Dragon Ball website was launched. And the first big announcement they did was about the new Dragon Ball Super Movie releasing in 2022.

A couple of days ago, the Toei animation European website accidentally leaked the announcement before the official date. A couple of enthusiastic Dragon Ball YouTubers and Twitter accounts caught up on this accidental leak. Since then, Dragon Ball Super and Goku Day have been trending on Twitter.

Today, on Goku Day, the official Dragon Ball website was launched. And the first big announcement they did was about the new Dragon Ball Super Movie releasing in 2022.

With the announcement of the website, many of us were expecting big news to come. Maybe something like the return of the Dragon Super Anime. To the surprise of many, Toei has officially announced that a Dragon Ball Super Movie 2 is in the making and is projected to release in 2022. There is no mention of a date, but they could release it along with a poster in the coming months. Akira Toriyama made a special comment about the movie:

We can expect some trailer or a teaser in the next couple of weeks or within the months of July or August. Stay tuned for more news and updates!

What can we expect from Dragon Ball Super Movie 2?

Actually, the Producer of Dragon Ball Super Broly and an editor at Shueisha gave hints about a new movie in 2019 itself!

They based their planning on the foundation of the enthusiastic response for the previous movies including Broly. According to them, Toriyama himself decided to pick his pen to deliver a large-scale fascinating story that fans crave for. From the story composition to the character design to the lines of the script, the Dragon Ball creator is working passionately with great attention to detail. It has surpassed the highest quality standards, creating a Dragon Ball movie, unlike any other in its history. This one will surely be a blockbuster amongst fans.

So, we can derive many things from these information:

Story for the new Dragon Ball Super Movie is canon

Toriyama said, “I’m heavily leading the story and dialogue production”. And he said, “Just like the previous movie”. So it’s beyond doubt that this upcoming movie is canon.

And what’s more, I think it is his own story which he came up with while making the Broly movie. Why do I think so? In his comments for the Broly movie, he said his editor suggested they have Broly appear for this movie. So based on other’s wishes, he made the script. This time, the story could be entirely his idea and he conveyed his ideas to the others. Toyotaro could be assisting him.

Who could be the “unexpected character”?

The movie will feature an unexpected character. So the movie won’t feature Moro and the Galactic Patrol arc because that is the first excepted storyline. Also, it’s too long to be adapted into a movie. So Fans were speculating it could be:

There’s some supporting evidence to the Vegeta theory. In 2014, Toriyama mentions the following in an interview:

Q: In the future, might we be able to see Bardock in action…? And Vegeta as well, if possible….

A: Bardock has been dead for quite some time, so you probably won’t be able to see him in action except in stories of the past. There is the trick of having Shenlong bring him back to life, but by this point, his battle power isn’t high enough, so I think it’d be a bit difficult.

As for Vegeta, in the event that there’s talk of another animated film, then next time, I’d like him to play the main role. (Of course, this is nothing more than intentions, and I haven’t decided anything at all.)

Four years after this interview, Toriyama brought Bardock back (at least in flashback form) in the Broly movie. He fulfilled the first part of his statement. Now, what if he fulfills the second part in this upcoming film? Vegeta fans go brrrr.

In actuality, it could be anyone. We have no idea who could it be. I don’t think it could be a new character because he mentioned the word “unexpected”. So it is someone whom we know already. But one important thing I’m expecting is a backstory. A backstory of the “unexpected character” and his race. Personally, I want more lore and backstories at this point. The fights can follow once the backstories are in place.

Concerns over Animation and overall quality

In terms of animation, they’re taking a new route. According to Twitter user Herms, Toriyama’s original Japanese message is slightly different. He describes the visuals as being “refreshed” and have turned out “amazing”. I don’t think it could be full CGI cause that has been explored earlier. Fans were speculating it could be full 3D, like the remake of the Pokémon Movie: Mewtwo Strikes Back. Personally, I genuinely hope it remains 2D. Shintani (the one who animated DBS Broly) is a great animator and I’m confident he won’t disappoint us.

The Producer of DBS Broly said “We’ll make things even better next time” so I have hopes this one will be a doozy. Further on this point, Toei has hyped us with the line “unlike any other in its history”. Toei has made big money from Dragon Ball Super Anime and the Broly Movie. The Broly Movie had a budget of 8.5 million dollars and its revenue is around 120 million dollars. It is the highest-grossing movie Toei has ever made! So I think Toei won’t screw up when it comes to Dragon Ball movies.

But there are some concerns. Toei has announced that it’ll be making a Slam Dunk movie. Also, they’re currently working on hit series like One Piece, Dragon Quest and Digimon. So fans fear whether there will be a screw-up in their schedules, impacting the quality of the final product. But, given it’s Toei, I have faith in them and their capabilities.

Also, for those who don’t know what’s Goku Day let me explain it to you.

What is Goku Day?

According to the official website, Goku Day is an official anniversary day certified by the Japanese Anniversary Association. As per the Association, “the purpose is to let more people know the fun of “Dragon Ball Z”, which is an anime work of the comic “Dragon Ball” based on Akira Toriyama, and the charm of the character “Goku”, the main character”. It was first announced by them in the year 2015 when the Resurrection ‘F’ came out. It was part of Dragon Ball’s 30th Anniversary celebration.

However, we shouldn’t confuse this day with Goku’s birthday, which is April 16th. So why Toei and the Association declared May 9th as Goku Day?

Japanese folks usually write the dates in the month/day format. May 9th is written as 5/9. In Japanese, the numbers 5 and 9 are read as “Go” and “Kyu” or “Ku” respectively. So the numbers combine to make Goku’s Japanese Kanji. Hence, May 9th is declared as Goku Day. On this day, sales of Dragon Ball Merchandise shoot up and dedicated fans have Dragon Ball-themed parties all over the world.

Unknown to many, May 9th has a connection to the original Dragon Ball series as well. On this day, King Piccolo attacked the Earth and he declared this day to be “Piccolo Day” in the story. So that’s why you may see some fans calling this day “Piccolo Day” too. 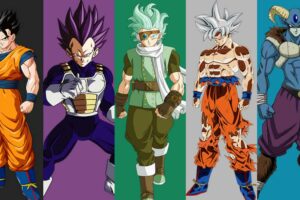 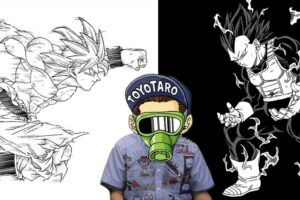 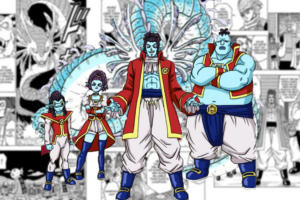