Key staff and cast will be returning for the sequel movie. 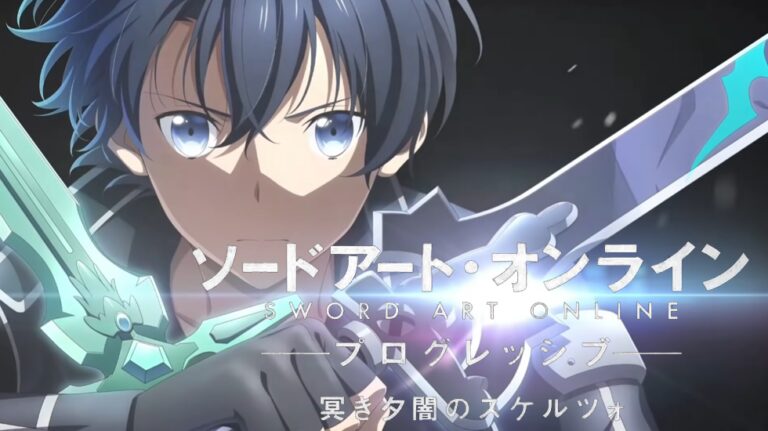 A first key visual for the movie featuring Kirito, Asuna, Argo and other characters was also released.

The movie is a sequel to the Sword Art Online the Movie -Progressive- Aria of a Starless Night, and the second movie in the Progressive franchise.

Earlier, a stage panel at AnimeJapan 2022 for Sword Art Online franchise had revealed a teaser video for the Sword Art Online the Movie -Progressive- Scherzo of Deep Night movie. The movie is being animated by A-1 Pictures. The key staff from the previous movie have been retained for the sequel too.

Haruka Tomatsu, Yoshitsugu Matsuoka, and Shiori Izawa will be reprising their roles as Asuna, Kirito and Argo in the sequel movie.

Sword Art Online: Progressive is an expanded retelling of the Aincrad storyline from the original Sword Art Online light novels. The novels became a reality after Tomohiko Ito, the director of Sword Art Online Season 1, asked author Reki Kawahara to write a short story for episode two of the anime, to fill in the gaps that were in flow of the story.

Kawahara realized that he enjoyed going back and working on expanding the Aincrad act, telling the story in added details. This eventually made him publish six volumes in the Progressive series till now. The first volume of the spin-off launched on October 2012.

Sword Art Online is a Japanese light novel series written by Reki Kawahara and illustrated by abec. The series takes place in the near future and focuses on protagonists Kazuto Kirigaya and Asuna Yuuki as they play through various virtual reality MMORPG worlds after being trapped in one along with other players.

Kawahara originally published the story as a web novel on his website between 2002 and 2008, before ASCII Media Works’ Dengeki Bunko decided to publish it as a light novel, starting from April 2009.

The novels also received a manga adaptation and an anime adaptation by A-1 Pictures which spanned three seasons. The series also has a spin-off anime series titled Sword Art Online Alternative Gun Gale Online and a movie adaptation based on an original story by author Kawahara.