In Ishida’s YouTube live stream he mentioned that the upcoming chapter will have a total of 80 pages. 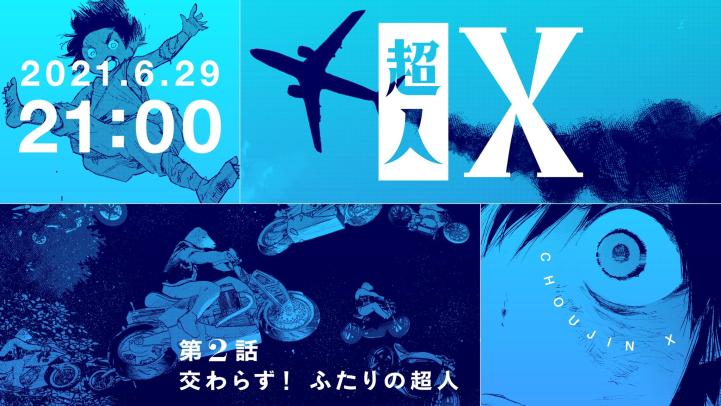 The brand new chapter of Choujin X will release at 21:00(JST) on 29th June, 2021 in the next Young Jump issue. Ishida also shared a new teaser visual for the upcoming chapter.

Previously, not so long ago the mangaka tweeted on June 9th, he confessed that he was almost finished with the drawings for the new chapter. The upcoming chapter will release very soon.

Furthermore, there were several sneak-peeks of the new chapter found on Ishida’s recent live stream.

Based on the information provided by Reddit user u/Nietzsche_esque, in Ishida’s YouTube live stream he mentioned that the upcoming chapter will have 80 pages.

About the plot covered in the chapter, the reddit user explains the following:

-Ely is getting saved by some handsome looking Chad with a remarkable chin, similiar to the dream husband she envisioned in the plane

– Also I’m not 100% sure on this, but Tokio’s hair is seemingly turning into a more greyish/white tone (this could explain one of Ishida’s first artworks of Choujin where Tokio was next to Ely wearing some kind of uniform with a depressing look and similar-looking hair)