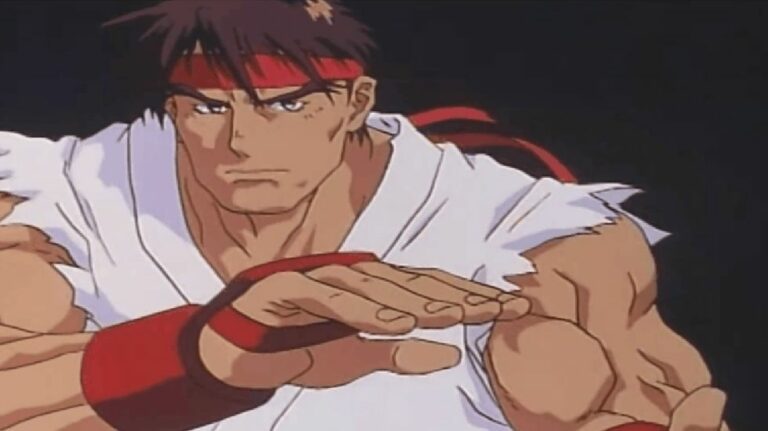 In 1994, there were two movies released based on Street Fighter II. One was a dodgy live-action media while the other was a masterpiece anime. But due to the limited quantity release of the 26year old treasure, it became obscure. However thanks to a certain  SFII Yomigaeru Fujiwara-kyō who now made it viewable on YouTube with English subtitles.

Called as the translated title Street Fighter II – Return to the Fujiwara Capital: The Fighters Who Leapt Through Time, the 22-minute short, a Studio Pierrot production and partnered by Capcom, was released to coincide with a 1995 exhibition that took place in Nara honoring Japan’s first capital city, Fujiwara.

Beginning in the modern-day, starring four fighters—Honda, Ryu, Ken, and Chun-Li—who somehow find themselves transported 1,300 years back in time, to Fujiwara. While it may look like a setup for some fighting in the streets, it’s actually just a trap to get some Street Fighter characters walking around an animated recreation of the capital, learning about its past and its importance in civic and political history of Japan.

Initially only available on VHS, Return to the Fujiwara Capital was quick to lose its tempo during the years after the exhibition. Then it was only re-released in a Japan-only DVD box set in 2004. YouTuber SFII Yomigaeru Fujiwara-kyō uploaded the english version recently, who obtained a copy of the DVD who took the pain to translate the entire thing into English so fans all over the world can all enjoy it.

As Twitter user @RageQuitter87, the Youtuber tweeted, pointing out that they had worked with shmuplations.com to release the subtitles as a fun nod to Street Fighter II’s 30th anniversary.