The project's official website has opened with a key visual by Mahiro Maeda, while Yutaka Izubuchi provided the emblem logo. 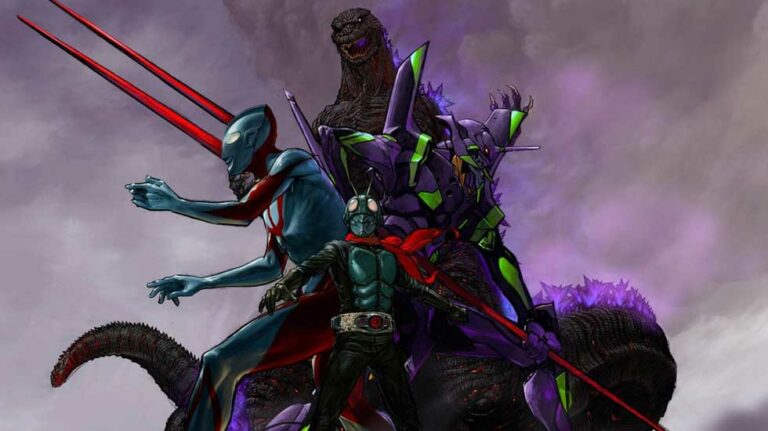 The project’s official website opened with a key visual by Mahiro Maeda, while Yutaka Izubuchi provided the emblem logo.

The Shin Japan Heroes Universe project will be putting together a wide range of events and projects, including merchandising based on the films.

The dream collaboration of the 4 “heroes” will represent Japan, as these films cross the boundaries of companies and bear the name “Shin” in its title.

Anno served as a screenplay writer and general director in Shin Godzilla in 2016, he was in charge of planning, original story, writing, and directing for Evangelion: 3.0+1.0 Thrice Upon a Time, which was released in 2021.

He was tasked with planning and writing Shin Ultraman, which is set to be released on May 13, 2022, and Shin Kamen Rider (writer, director) will follow in March 2023.