The original "Crypto Ninja NFT" is an NFT work created by investor-influencer Ikehaya and illustrated by popular illustrator Rii2, with 159ETH. 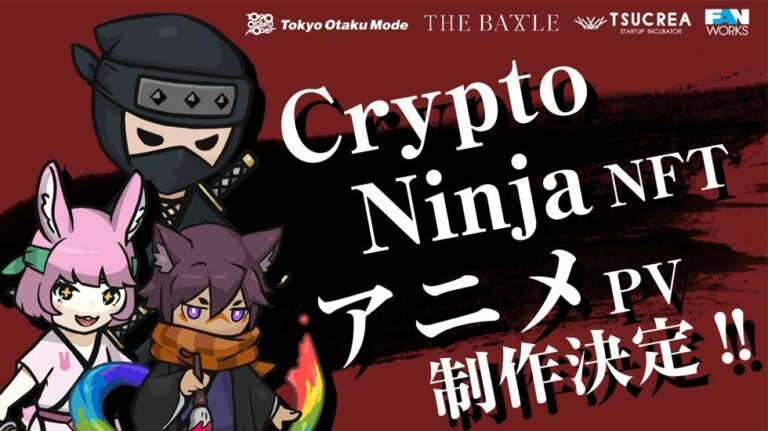 The goal of this cooperative animation production project is to create animations based on NFTs and to execute various NFT demonstration experiments.

The first endeavor will begin with a Fanworks (Aggretsuko, Ani ni Tsukeru Kusuri wa Nai!) anime promotional video, as their first experiment, but the companies are aiming to produce a full-fledged anime.

The original “Crypto Ninja NFT” is an NFT work created by investor-influencer Ikehaya, and illustrated by popular illustrator Rii2, with 159ETH (about 50 million yen or US$430,000 as of Monday) in total NFT sales earned from a community of under 10,000 fans and creators.

Recent trends in NFT collections in other countries, such as BAYC and RTFKT, have resulted in the creation of new IPs from NFT projects. In this demonstration experiment, they plan to use NFT for raising funds in a distinct way from traditional animation production.

The new aim is to develop a new animation production mechanism and character IP from NFT.