Fans have pointed out that Piccolo's new form has the same name as Gohan's Ultimate form. 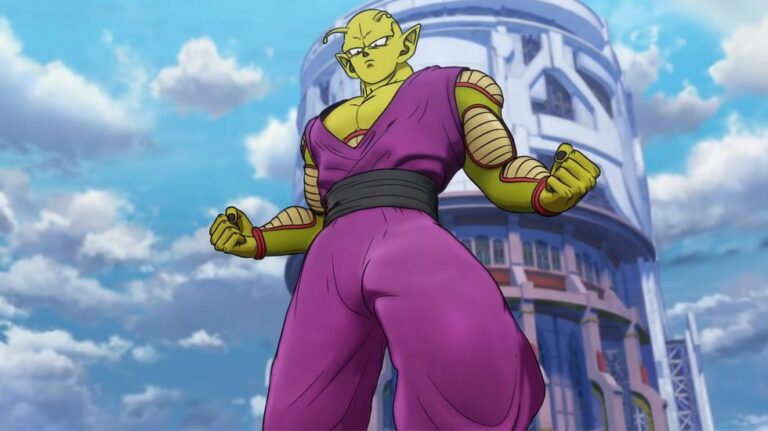 Following the Battle Hours Super Stage Panel of Dragon Ball Super: Super Hero film, a new PV for the movie was released on the official website on March 2, 2022, which teased a new look for Piccolo. This form is called “Piccolo (Potential Unlocked)” 「ピッコロ(潜在能力解放).

Fans have pointed out that Piccolo’s new form has the same name as Gohan’s Ultimate form in the video games (潜在能力解放, Senzainōryoku Kaihō – Potential Unleashed/Unlocked).

The official description of the trailer tells that the latent power dormant inside Piccolo has been unleashed, giving rise to a brand-new form for the Namekian warrior. It further adds by describing the animation quality for the new battle scenes as “positively astonishing”.

A new key visual featuring Piccolo, Gohan, and Gamma 1 & 2 was also released along with the PV. In the KV We see Piccolo and Gohan having an intense battle with the two Androids.

The movie’s Twitter account also says that “with the explosive debut of Piccolo’s ‘potential unlocked’ awakened form, anticipation is through the roof!! And an as-yet-unseen ‘ultimate evil’ shall be born”.

In the Battle Hours Super Stage Panel on Feb 20, Teen Goten and Trunks were confirmed to appear in the film along with their fusion form. More characters, including the final antagonist, are yet to reveal themselves.

Also, the exclusive movie site put out a CGI rending of all the characters (except those who are not revealed yet) who are set to appear in Dragon Ball Super: Super Hero.

The new Dragon Ball Super: Super Hero movie will release in Japan on Apr 22, 2022, and in the Summer in North America.

The synopsis of the film goes as follows (unofficial translation by Herms):

In the past, Goku destroyed the evil “Red Ribbon Army” organization. But their will lives on!!

After their revival, Gamma 1 and Gamma 2 are two powerful new Androids created by the Red Ribbon Army and initiate their revenge.

After being attacked by Gamma 2, Piccolo soon notices this disturbing activity and infiltrates the Red Ribbon Army’s headquarters. But there, he discovers an unimaginable “Ultimate Evil weapon” and a conspiracy of an unimaginable scale at work.

Gohan is forced to enter the conflict too due to his beloved daughter, Pan, being kidnapped by the sinister organization. Will Gohan and Piccolo be able to defeat the Red Ribbon Army?!