Danmachi Season 4 To Release On July 23 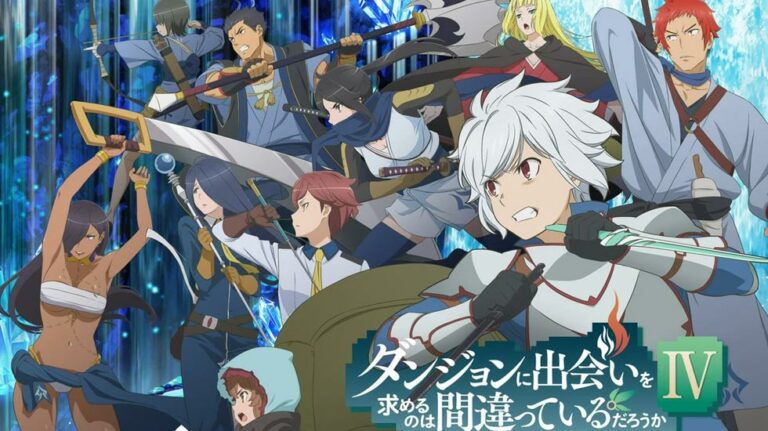 Dungeon ni Deai o Motomeru no wa Machigatteiru Darō ka IV Shinshō Meikyū-hen (Is It Wrong to Try to Pick Up Girls in a Dungeon? IV New Arc: Labyrinth) announces the 4th season of the anime. It is set to release on July 23.

A new promotional video was also launched along with a key visual. It reveals the artists who will be performing the theme song and more info on the staff members of the series.

The opening theme song “Tento” consists of the performing act sajuo no hana. The ending song “Guide” is performed by Saori Hayami.

The new staff which came on board for season 4 consists of Jeong Ryeon Kim as art director. While Tomomi Ando is the color key artist. The compositing director of Photography is Shingo Fukuyo. Meanwhile, Kentarou Tsubone will undertake editing.

The season will be airing on Tokyo MX channel on July 23 at 1:05 A.M. It’ll also air on BS11 and AT-X channel and on Abema and other streaming channels. The staff returning for season 4 include Hideki Tachibana as director. While Hideki Shirane is returning as series script supervisor along with original author Omori. The character designer is Shigeki Kimoto while sound direction is overlooked by Jin Aketagawa.

Keiji Inai is composing music for this season. The production companies are EGG FIRM & SB Creative while J.C. Staff is the animation studio.

The third season of the anime was delayed due to Covid19 and was released on October 2, 2020 and ended on December 18, 2020. Sentai Filmworks licensed the season and will be streaming on HIDIVE and Crunchyroll.