They are suspending their operations in Russia given the current situation due to disruptions in payment and service support. 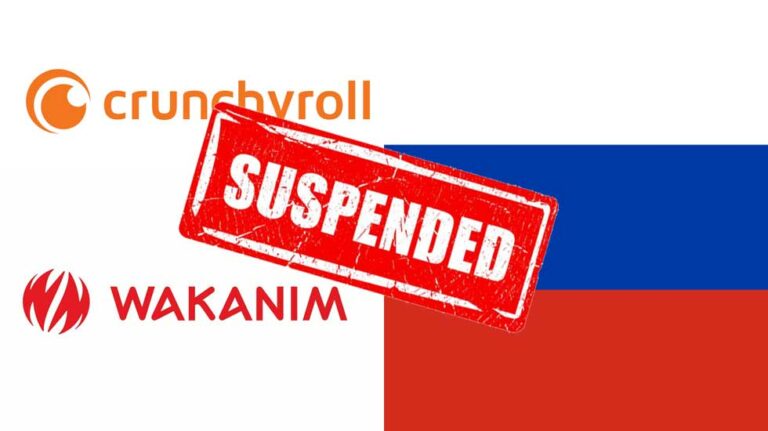 Crunchyroll and Wakanim have announced a brief suspension of their anime streaming service in Russia following the country’s military operation in Ukraine.

They have provided an “FAQ” page regarding the suspension listing that they hope to restore functionality as soon as possible.

Crunchyroll is suspending its operations in Russia given the current situation due to disruptions in payment and service support.

Crunchyroll stated that only the website is inaccessible. Users with an active subscription will be able to seamlessly use the services through applications on mobile devices. However, they can’t renew their subscription yet since card payments in Russia are halted.

“The Crunchyroll website is currently unavailable in Russia. If you have a Premium subscription and have the Crunchyroll mobile app on your device, you can still watch TV shows that have already been released. At the end of the billing period, you will not be charged for the subscription.”

For users with a free subscription, the website will be by default inaccessible.

Other entertainment businesses, like Amazon, Netflix, and WarnerMedia, have also suspended operations in Russia as a result of the country’s invasion of Ukraine.

After weeks of tense military buildup near their respective borders and in Belarus, Russia began a full-scale invasion of Ukraine on Feb 24, 2022.