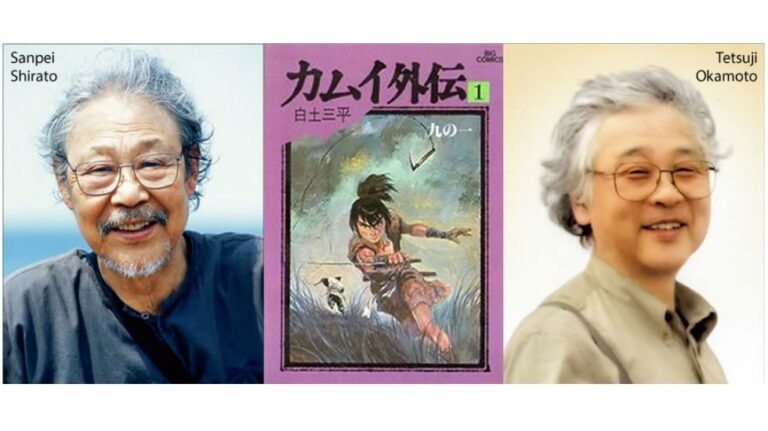 The brothers were born to Tōki Okamoto, a Western-style painter of the proletarian art movement.

Shirato, too, wanted to be a painter, but to support his family after World War II he left secondary school and became a writer of “kamishibai” stories or picture-boards used in public storytelling.

He debuted as a manga creator in 1957 with Kogarashi Kenshi. He began writing and illustrating manga books for rental libraries and rose to fame in 1959 with “Ninja bugei cho (or “the book of ninja martial arts”), tales of ninja adventures.

He published the Kamui Den manga from 1964 to 1971 in the Monthly Manga Garo magazine, which Shirato helped form.

In the world of shōnen manga, he has made numerous hits, especially with ninjas, such as “Sasuke,” “Kamui Gaiden,” and “Watari.”

In 1963 Shirato received the 4th Kodansha Children’s Manga Award for “Seton Dobutsuki” and “Sasuke”. He launched the sequel manga, Kamui Gaiden, in 1965, and it was published by Weekly Shonen Sunday.

Viz Media released the manga in English under the title The Legend of Kamui. The manga inspired the Ninpu Kamui Gaiden television anime as well as a live-action film.

Okamoto drew the Kamui Den Dai Ni-bu manga, which serves as the second part of the main manga. The manga concluded at 22 volumes and was published between 1988 and 2000. Okamoto additionally drew the short manga Kamui Gaiden: Saikai, which came out in 2009. His brother Shirato composed the manga.