A Reflective Rundown On Mushoku Tensei Controversies are a normal norm in the animanga community. It happens every now and then with someone or the other but this year it’s different. You know it’s serious when a 40-year-old child is a pedophile in his second life. Mushoku Tensei is the talk of the town with its over the top portrayal of inexcusable and despicable actions.

Contents hide
An Iconic Introduction:
A Pedophile Prodigy?
Questioning the Abhorrent Actions:
Taking a Glance at the Sexual Undertone of the Show:
A Concerning Conclusion:
But, is he a pedophile?

From the first PV of the show, it looked like that finally isekai, as a genre, was redeeming itself. People were hyped as the godfather of isekai was getting an anime adaptation. But it quickly turned into a shitstorm when it actually aired.

The very first episode established the protagonist as a despicable and perverted man. The moral and ethical high ground for him doesn’t hold according to the societal norms because he’s in a different world.

But there’s no denying that what Rudeus did with Eris when she was asleep in the barn is straight-up abhorrent and inexcusable. And yet some people are defending him.

I get it, where the notion comes from. The LN fleshed out his character very well, it’s essentially a story of how a person changes over time. But it doesn’t change the fact that he sexually assaulted a ten-year-old girl. So yeah, Rudeus gets better. You’ll get a glimpse of it in the upcoming episodes when he joins the adventure guild. But as of now, all of his perverted actions are disgusting and loathsome.

A fair amount of the perverted actions of Rudeus is taken quite lightly in the show. And it has been there from Episode 1 only. Stealing Roxy’s panties, the idea of grooming Sylphie and Paul having sex with the maid. It’s there for comical purposes but comes out as more disturbing and serious.

There were more than enough hints to depict this flawed and disgusting side of him. But in Episode 6, where he sexually assaulted Eris in the barn was overdone. She was literally a 10-year-old girl, cut her some slack you pathetic NEET. The repugnant and repulsive actions are inexcusable, it’s a fatal and nauseating flaw.

The world in which Rudeus reincarnated resembles similar morals and ethics to his past life’s world. There’s a moral high ground set by society on what’s right and wrong. We haven’t been exposed to everything yet but as of now, one thing has been made pretty clear. Sexual assaults towards girls and women aren’t tolerated whether it be Sylphie or Eris.

Both of them retaliated against the notion. Sylphie being the gentle girl got embarrassed and angry when the bath incident happened. And for Eris, she’s quite strong to protect herself and we all have seen it, perks of being a tsundere.

Mushoku Tensei never portrayed the questionable actions of its protagonist as the right thing. Instead, it gives a hard slap to the perverted ones. But Rudeus might continue it for a while as habits don’t change overnight.

Taking a Glance at the Sexual Undertone of the Show:

‘Perverted-ness’ and ‘Sexual Assaults’ are openly explored and that’s why it makes it more uncomfortable. If you feel a sense of uneasiness, it’s the intention of the show.

Again, in no way, I’m justifying the actions of Rudeus. At this point, he’s a piece of shit when it comes to treating females, in general. But there’s something more than what meets the eye.

The show is essentially about change and to depict the change, one has to see through the whole process. The anime is intentionally making us despise the protagonist. It blurs the silver lining.

I’ve been reading the LN side by side to judge the show in a better manner. So that I do not get caught up in the bandwagon of hating a character because others are doing the same.

Rudeus isn’t an overpowered perfect isekai protagonist, his blemishes are visible. He has been like that for a long time. The mannerisms have been imbued to his senses and is a virgin for the past 50 years.

But in no way, it justifies his actions from the very first episode. His actions are unwarranted for and no one is trying to side on that aspect. There has to be a moral compass on how a person acts and thinks. What Rudeus does is creepy and is unpardonable.

But, is he a pedophile?

In a way, yes and no. It’s one of those ‘paradoxes’ you know, no one can completely deny or agree with a redundant answer. But yeah, if you think he is, it’s a take I can buy. On a side note, it’s a very smart characterization of a pathetic person. 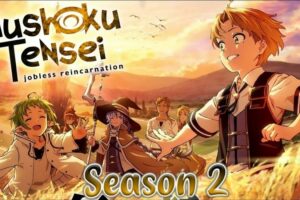 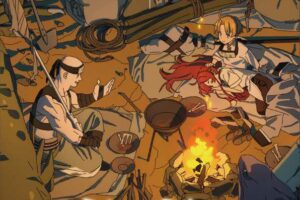