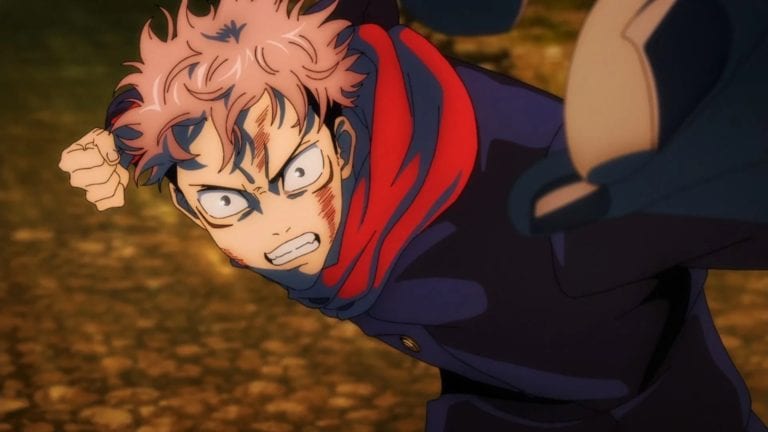 We’re finally getting towards the real meat of the Kyoto Goodwill Event Arc. Hanami is wreaking havoc inside the veil and the students are left alone to fight for their own lives. This episode is exceptionally important, not only for Itadori but for the series as a whole.

Jujutsu Kaisen Episode 19 took a step further to build up Hanami’s presence, as he barely took any damage even after Toge, Maki and Fushigoro seemingly went all out. Hanami scales way higher than our sorcerer students right now, as he didn’t even have to use his left arm.

It is also concerning how much the side characters had to exert themselves to fend off Hanami, as they would’ve instantly died if Hanami went all out. I expect that the series is going to take a very dark turn, even if the sorcerers step up exponentially.

But then its not shounen if saviours don’t show up with a superhero landing!!

ALRIGHT, let’s discuss the best duo in Jujutsu Kaisen; Itadori and Todou! God, I love watching them, it’s like Todou is Itadori’s elder brother, guiding him through the fights and feeling proud and anger according to Itadori’s actions. They remind me of Rock Lee and Might Guy from Naruto, who were also extremely passionate about improving and fighting.

Itadori also used the Black Flash technique, where a sorcerer applies cursed energy with 0.000001 seconds to a physical hit. This technique allows the user to amplify their damage by 2.5 times! To understand the technique better, you can read more about it here!

The fight turns up a notch as soon as Itadori uses the Black Flash, as Hanami is serious now. With his left arm revealed, the Itadori and Todou participate in the best fight of the cour so far. I’m saying this while the fight has barely started, and I have valid reasons!

MAPPA always does such an amazing job that it’s insane. The fights are fluid, fun to watch, the OSTs are perfect, the voice acting is on point, the animation is amazing. You’d really have to nitpick to call this fight bad.

Overall, this was another amazing episode. I cannot wait for a week to watch this fight in full. I am assuming that the anime will transit into showing the current situation as a whole; with Principal Gakuganji and Utahime inside the veil.

With that out of the way, what are your thoughts on the episode? Did you like it? Did you dislike it? Do you think that Itadori and Todou can win? amazing? Let us know in the comments below!