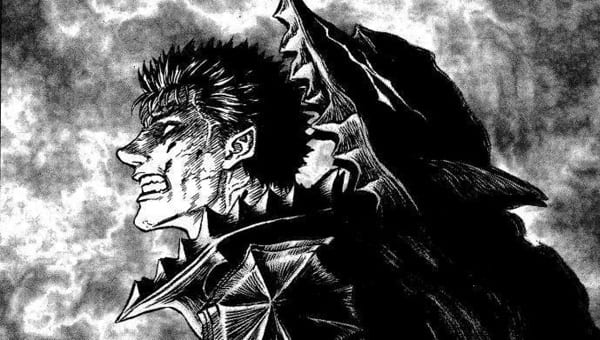 Berserk recently released it’s latest chapter. The recent chapters hint that the epic dark fantasy story is now in the beginning of it’s end. Fans of the franchise have taken over Twitter, speculating every small piece of information revealed in the recent chapters. They are sharing their excitement with the world and waiting patiently for the next big chapter to begin.

Chapter 363 of the Berserk Manga released on 22nd January, 2021. It is the latest installment in the series.

Guts, the Black Swordsman, wanders around in a mediaeval world slaying demons as they are attracted to a demonic mark on his neck. To his help he has inhuman strength gained from a harsh childhood lived with mercenaries, a gigantic sword, an iron prosthetic left hand and the elf Puck. In his search for vengeance on the one who gave him the mark, he meets many interesting persons and creatures, whom all is affected by him in one way or another.