After finding out that there’s a wish-granting device that can fulfill the dream of anyone, Emiya Kiritsugu set out to acquire it at any cost. He joins the holy grail war in order to achieve his noble goal of world peace. But, the Holy Grail was never an omniscient or an omnipotent wish-granting device. It … 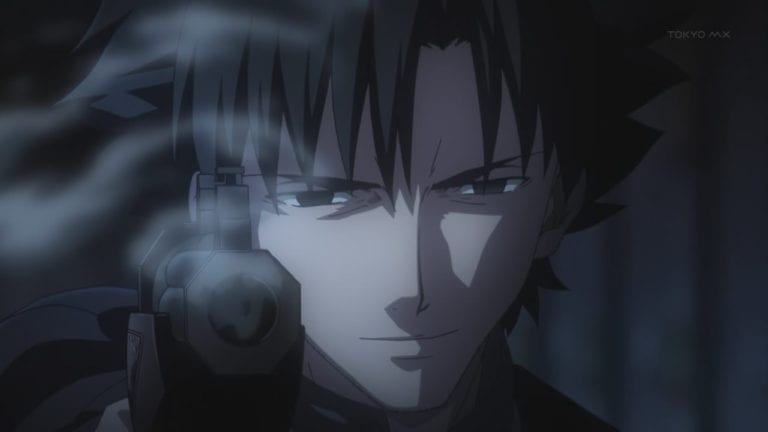 After finding out that there’s a wish-granting device that can fulfill the dream of anyone, Emiya Kiritsugu set out to acquire it at any cost. He joins the holy grail war in order to achieve his noble goal of world peace. But, the Holy Grail was never an omniscient or an omnipotent wish-granting device. It was corrupted from the consequences of the previous war and was built upon lies throughout the years.

While the Grail had the power to fulfill a wish of the person, the method to achieve it should be within the understanding of the one who wants the wish. It interprets the user’s understanding that how they want their dreams to be granted and Kiritsugu never knew the right way. The visions that Kiritsugu saw inside the grail tell us a lot about his way of thinking and his ideals.

Contents hide
Kiritsugu’s vision in the Grail explained:
Why did Kiritsugu kill Irisviel inside the Grail?

Kiritsugu’s vision in the Grail explained:

After being proclaimed as the winner of the Holy Grail War, Kiritsugu is submerged in the contents of the Grail during his battle with Kotomine. There he encounters the spirit of the Grail in the form of Irisviel, who goes on to show him how his wish would be granted by the tainted Grail. As the device was corrupted from the previous war, it only sought the destruction of humanity and so it showed Kiritsugu the twisted version of his own ideology.

There are only 500 people left in the world on 2 boats. One has 300 people in it and the other has 200. Now, both the boats are sinking and only Kiritsugu can fix it. So, which one will he fix?

If he tries to fix the boat which has 300 passengers in it, the other 200 passengers will try to stop him. Now, what will he do?

For a moment there, he got confused. But the Grail never failed to show what he truly wanted, what he truly wished for i.e. how Emiya Kiritsugu’s mind functioned. To always save the many in any presented situation. His utilitarian viewpoint was deemed as a flawed ideology within seconds after killing the ‘few’ in order to save the ‘many’.

In the next scenario, the 300 passengers he saved were divided. One boat had 200 people and the other boat had 100 people. Whom will he save now? The Grail once again chose the way which Kiritsugu has been following for his entire life and the next moment 100 people were killed to save the 200 because that’s what he would have done.

In the end, he is left with Irisviel and Ilya, his family.

Why did Kiritsugu kill Irisviel inside the Grail?

The Irisveil we see inside the Grail is an exact copy of the real Irisviel. It’s made up of her personality, thoughts and feelings. It seems authentic but it’s not truly her. Think of her like a mirage, a surreal illusion.

When Kiritsugu reached the end where after killing Maya, he was left with his family Irisviel and Ilya. Kiritsugu killed Irisveil and Ilya inside the grail because he came to the conclusion that to save the world he would end up sacrificing everyone, ending the conflicts for once and all. He stuck to his ideals and chose to kill his family to save all the others. He shoots his daughter and chokes Irisviel to death.

However, this is when he realised that sacrificing a few to save the many would only lead to the killing of everyone. His ideals were a mere fallacy and the Grail wanted to kill everyone. Because that would only satisfy Kiritsugu’s definition of ending conflict and attaining world peace. The disillusion he has been carrying with him for so long and the utopia which he dreamt of every day was taken from him within moments by the Grail. Having understood this, Kiritsugu rejects the holy grail!

Emiya Kiritsugu, a man who abandoned humanity and sided with evil to bring peace in the world, was brought to his knees when he learned the actuality of his seemingly perfect and noble ideals.

The morals and ideals we live by will never be correct in every situation. There will come a time when our ideals will be challenged and we will feel convoluted with our morals and ethics. For Kiritsugu, it was the point when the Grail made him see what he never thought of, the other side of the coin. In an instant, his whole life turned upside down. After getting to know that the Grail isn’t some wish-granting device and is corrupted from the effects of the previous war, he used Saber to destroy the Grail for good. 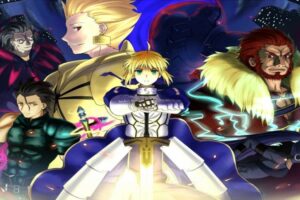 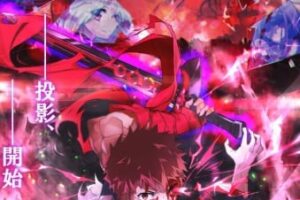