The Secret Origins Of Titans In Attack On Titan 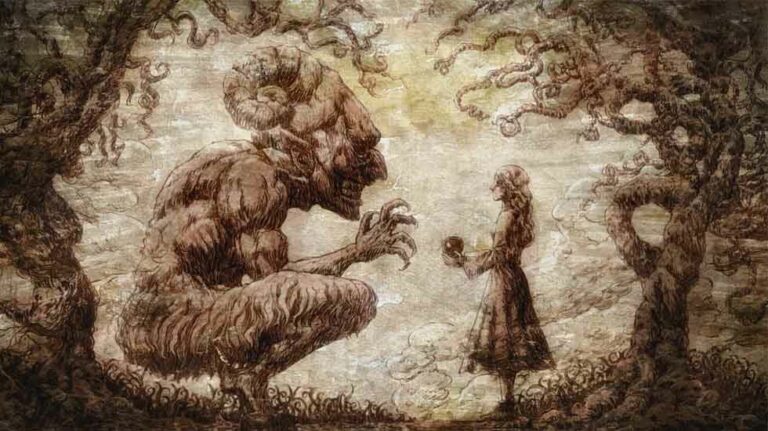 Titans, or Kyojin, are giant humanoids who act as the catalysts and the antagonists in Attack on Titan series. At the start of the events portrayed in the series, Titans are shown to exist outside the walls of the last remaining human settlement.

This settlement was kept safe from the Titans by the three great walls Maria, Rose and Sina (Sheena in Manga), which prevent the Kyojins from breaching the city and devouring the last of the humans.

According to people who lived inside the walls, the Titans first appeared around 107 years back, attacking and eating humans at will and almost driving humanity to extinction.

The origins of Titans and who they have been has been a mystery in the series Attack on Titan, and creator Hajime Isayama has brilliantly built up the story putting out vital information slowly and letting the plot thicken.

As the third season came to an end, major reveals were made on who the titans were and what their origins were. For the fans who did not follow the manga, the reveals came as a shock.

Also Read: Who are the Titans in Attack on Titan?

Origins of Titans in Attack on Titan

The following article contains major plot spoilers from both Shingeki no Kyojin (Attack on Titan) manga and anime. If you haven’t watched the latest episode or read the latest chapters of the series and do not want to spoil your experience, we suggest you refrain from reading any further.

So we shall be dealing with the origins that are revealed both in the anime and manga. Both are essentially the same and the series will soon catch up with the manga at some point. We have kept the sections separate so that readers don’t get unwanted spoilers.

It has been established in the anime, especially in season 3, part 2 that the people who can transform into Titans are Eldians, also known as the subjects of Ymir. Needless to say, Ymir Fritz was the first person who was able to transform into a titan.

This origin story is revealed from the books that Grisha Jaeger maintained. Eren Jaeger and the survey corps retrieve these books from the basement of his now destroyed home in Shiganshina and the reveals are made from the POV of Grisha Jaeger.

While Grisha mentions it was Ymir who was the first Titan,  who she was, or how she came to possess such unique powers is somewhat shrouded in mystery. There are some plausible theories in the anime which are put forth by the characters.

The events take place 2000 years before the current story and there are two versions to it.

Once Ymir had the powers to transform into Titan, she transferred her powers to the Eldians injecting them with her spinal fluid. However it is not known if all the titans formed in such a way were pure titans or some among them were intelligent titans.

There are believers of both the stories in the series. The people of Marley, who had to face the wrath of the Eldians and the titans for a long time before finally winning in the Great Titan War, are believers of the first theory. According to their version, Ymir Fritz was an evil person who brought nothing but death and destruction upon the world. This origin story is one reason which drives them to hate the Eldian race as a whole and make attempts to destroy the people living on Paradis Island.

The second origin story about the titans is more popular among the Eldian Restorationists in the internment camps, like Grisha Yaeger. According to them, the stories portraying Ymir as an evil person are nothing but lies perpetuated by the Marley empire.

They believed Ymir was a goddess who helped build the Eldian empire and brought prosperity to her people with the power of the Founding Titan.

But then, one could guess that, both are not the complete truths, especially when it comes to Ymir’s nature. It would be somewhere in between, benevolent towards the Eldians but totally destructive when it comes to her enemies.

Regardless of the story that you believe, we can safely assume that Ymir was the first titan, or the Founding Titan, who in some way received the power of the co-ordinate.

Attack on Titan wiki page states this about the co-ordinate,

“Although the organic materials that make up the Titans’ bodies appears to be from nothing,[citation needed] they are said to be sent from invisible paths that transcend physical space. These paths connect all Subjects of Ymir to a single “Coordinate,” the Founding Titan”

The co-ordinate is essentially how the Eldians and their titan powers are connected.

More details are bound to be revealed in the final season of Attack on Titan as we are sure that Ymir Fritz and the Titan’s origins will play an important role in the series and how the plot turns out.

While the origin story is the same here, the manga is way ahead of the anime in terms of storyline and reveals more concrete details about how Ymir Fritz was able to acquire her powers.

Ymir Fritz was actually a slave who used to work for the Eldian King.

She acquired her powers from a skeleton-like creature whose shape eerily resembled a spine, living in a sinkhole in a large tree. When Ymir, being chased for sport by the Eldian soldiers, fell in the sinkhole, the creature latched onto her back, fusing with her and granting her Titan powers.

Ymir’s past is revealed when Eren Jaeger (Yaeger in Manga) meets her at the ‘co-ordinate’ and is able to see her memories when he touches her. So we can safely say that this information is as good as it gets.

It is not known who or what the spine-like creature was. Maybe it will be revealed in the coming chapters, or Hajime Isayama may decide to leave it ambiguous.

Ymir’s newfound Titan power was then used by the Eldian king to totally subjugate the Marley empire and build the Eldian empire. She always acted as a slave to the Eldian king. She even gave birth to his children and died protecting him in the end.

The titan powers could have ended with Ymir’s death, but then the Eldian king forced Ymir’s children to eat her remains and hence the powers got transferred to them.

The powers then got transferred down for ages, till the 145th King of Eldia, Karl Fritz, wracked by the guilt of his ancestor’s deeds, decided to stop all the fighting. He allowed Marley to conquer the Eldian empire during the Great Titan war by conspiring with the Tybur family.

Karl Fritz then transferred most of the Eldians to Paradis island wishing for them to live in peace . He used the colossal titans to raise the three walls and warned the rulers of Marley that if any actions of war were to be carried out against Eldia, he would unleash the millions of colossal titans on the world.

He then erased the memories of the Eldians, making them believe that they were the last surviving humans and that Titans were responsible for almost completely destroying the human race.

What do you think about the origin story of Titans in Shingeki no Kyojin? Let us know by dropping a comment below.