The Killer of the Reincarnated: Cheat Slayer To Get Cancelled

Many readers have pointed out that this series depicts characters that are reminiscent of specific characters in other series. 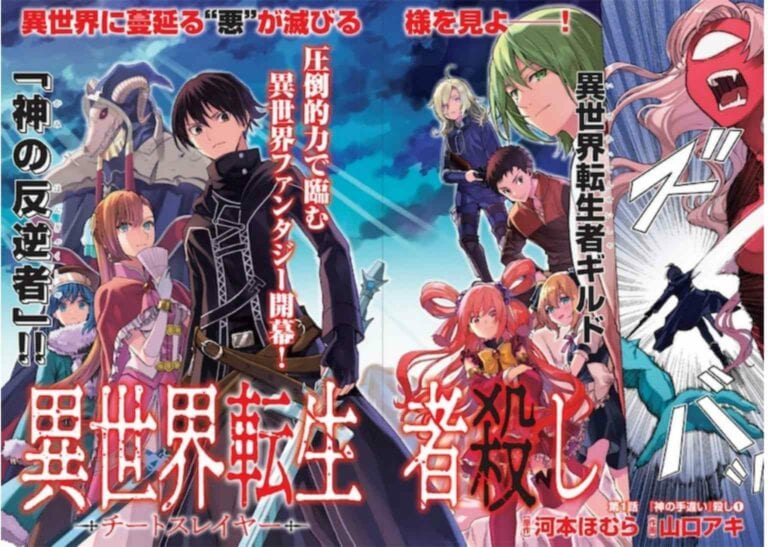 The official website of “Monthly Dragon Age” which serialized “Kakegurui” author Homura Kawamoto’s recently popular series “The Killer of the Reincarnated: Cheat Slayer” updated a notice regarding the cancellation of the serialization of the manga after the August issue of this year.

Many readers have pointed out that this series depicts characters that are reminiscent of specific characters in other series.

According to the tweet, the characters which appear in the “Cheat Slayer” manga have designs, settings and attributes from famous “other world” mangas such as ” Re: zero”, “Slime diaries”, “Overlord”, “Konosuba” and others.

In response to the accusations, the editorial department re-examined the chapters. They found that the design, settings, etc. of the characters in “Cheat Slayer” were expressed with similarities to other “issekai” works. To their surprise, it looked like this series was intending to degrade specific works by other authors.

The editorial department recognized that there will be problems with the publication in the future, such as the development and description, and the lack of foresight and consideration for the reaction to them. So they decided to cancel the serialization.

KADOKAWA sincerely apologized for the inconvenience that the manga may have caused to the related authors and other parties.