The composer of the original Cowboy Bebop anime Yoko Kanno is also composing this Netflix adaptation of the live-action series. 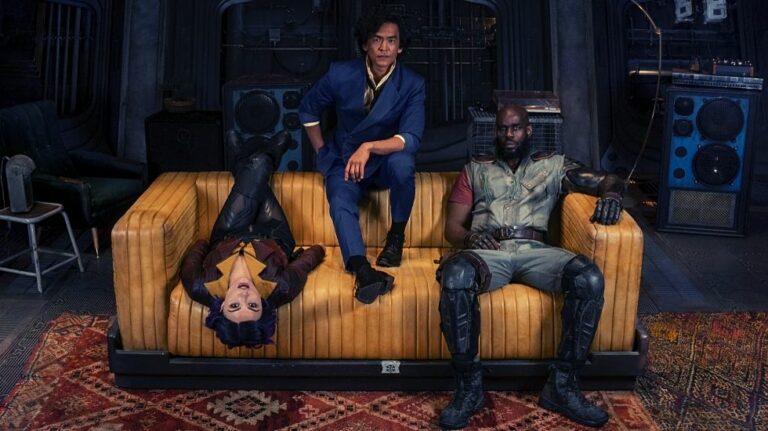 One of the biggest anime series of all time, Cowboy Bebop is getting a Live-action series adaptation by Netflix that released first look photos of Spike Spiegel, Jet Black, and Faye Valentine, the famous bounty hunters on Monday. The movie will premier on November 19, displaying the cast members John Cho as Spike, Mustafa Shakir as Jet, Daniella Pineda as Faye, Alex Hassell as Vicious, and Elena Satine as Julia.

Cho is best known for his roles in the “Harold and Kumar” films and the rebooted “Star Trek” films, with more recent credits including “Searching” and Season 2 of “The Exorcist.” Shakir is known for playing Bushmaster in Marvel’s “Luke Cage,” while Pineda played Zia Rodriguez in “Jurassic World: Fallen Kingdom.”

The composer of the original Cowboy Bebop anime Yoko Kanno is also composing this Netflix adaptation of the live-action series.

According to a post on Pineda’s Instagram from March, the live-action series had finished filming the first season.

Netflix posted a “Behind the Scenes” video in October 2019 to mark the start of production. Writer and executive producer Jeff Pinkner teased in April 2020 that the show’s staff is planning a second season.

The series is a co-production between Netflix and Tomorrow Studios, with Netflix handling the physical production.

Based on the worldwide phenomenon from Sunrise Inc., Cowboy Bebop is the jazz-inspired, genre-bending story of Spike Spiegel, Jet Black, Faye Valentine, and Radical Ed: a rag-tag crew of bounty hunters on the run from their pasts as they hunt down the solar system’s most dangerous criminals. They’ll even save the world…for the right price.