Yamada will be working at Science SARU with her old pals, music composer Kensuke Ushio and scriptwriter Reiko Yoshida. 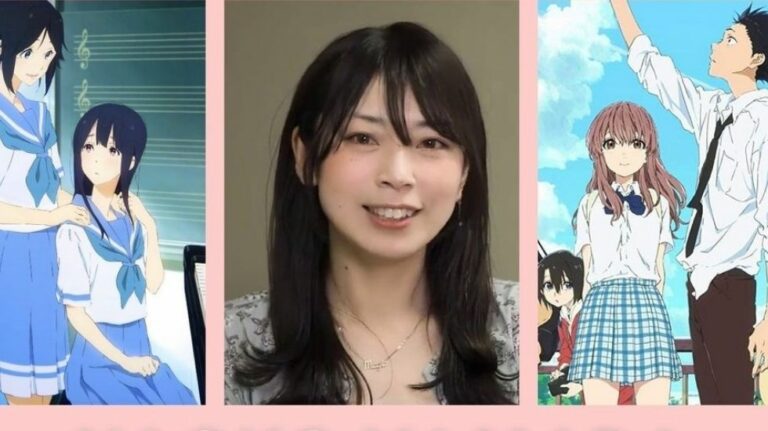 On September 2, animation studios Science SARU announced the production of an anime adaptation of the novel by Hideo Furukawa, Heike Monogatari (The Heike Story) revealing a shocking name of a staff member, director Naoko Yamada.

While fans thought she was simply collaborating with Science SARU, multiple sources confirm that she has officially resigned from her position as director at Kyoto Animation. She joined the new studio as director for The Heitei Story as “her first directing job after leaving Kyoto Animation”.

Naoko Yamada had stated on multiple occasions that she had no intention to ever leave Kyoto Animation. Rather, she did her schooling and mentored training like every student at KyoAni Studio which she absolutely adored. However, ever since she last expressed her long-term commitment to the studio, though, it seems the situation has tragically changed a lot.

Yamada didn’t clearly state the reason for switching studios, but looking at the Kyoto Animation record after the arson attack, many of Yamada’s colleagues did not make it. This shock and tragedy pushed many a worker to change studios and start anew. It is believed Naoko Yamada followed suit with her fellow co-workers to become a freelancer.

Yamada will be working at Science SARU with her old pals, music composer Kensuke Ushio and scriptwriter Reiko Yoshida. She is acquainted with Ushio since Koe no Katachi while Yamada and Yoshida, in particular, have been long-time collaborators before these films at Kyoto Animation, working on such anime as K-ON!, Tamako Market, and Tamako Love Story

The Heike Story will premiere on Fuji TV’s +Ultra programming block in January 2022.

Furukawa’s novel adapts the classic Japanese epic “The Tale of the Heike” into modern language, and the anime will be the novel’s first television adaptation. The original epic tells the story of the rise and fall of the Taira Clan during the Genpei Wars. The anime focuses on the perspective of Biwa, a blind walking minstrel. Biwa meets Taira no Shigemori, heir to his clan, and the bearer of a supernatural sight that can perceive ghosts. Then he proclaims a prophecy about the fall of his clan.