The 9th part is presumably titled as " JOJO Lands", although the official title may be altered upon its domestic release in Japan which will resume shortly after a break, commented Araki. 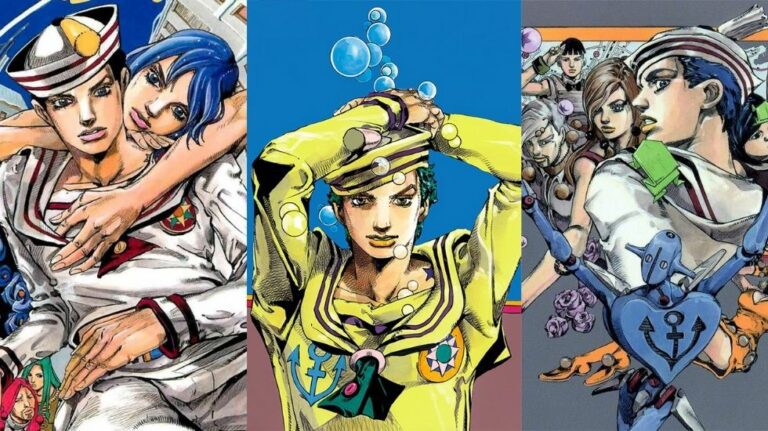 JoJo’s Bizarre Adventure Part 8: JoJolion, the long-running story since 2011 came to an end on August 19th, 2021 in the September issue of Ultra Jump (Shueisha). In addition, the manga author Hirohiko Araki confirmed the return of another Jojo story as the first-ever spin-off this winter.

Author Kohei Kadono of Purple Haze Feedback, and Tasuku Karasuma, No Guns Life author will take care of the story.

A comment page of Jojolion features the above image, from which Jojo fans picked up the likely characters Hol Horse from Part 3, Stardust Crusaders, and Josuke‘s stand from part 4, Diamond is Unbreakable who might be in the limelight for the upcoming spin-off.

Recently, a rumor surfaced online with a preview of Ultra Jump‘s next issue that Hirohiko Araki doesn’t plan on stopping after Part 8. Fans assumed this will be new part 9 which will come out after a short break from the author.

To tell the truth, Author Hirohiko Arakai commented on the new release and confirmed the rumor of JOJO LANDS to be true.

Hirohiko Araki’s message to the readers:

Thank you for following JoJolion for 10 years! Let’s take a little break and see you in the new “JOJOLANDS” (temporary title)

The news on Part 9 of the manga follows last week’s announcement about the Stone Ocean anime adaptation, which will be the sixth season.

Stone Ocean, the sixth installment of Hirohiko Araki’s Jojo’s Bizarre Adventure, follows the story of Jolyne Cujoh, the daughter of Stardust Crusader’s protagonist Jotaro Kujo. Sentenced to prison for 15 years for a crime she did not commit, Stone Ocean is the ultimate between the ages-long standoff between Dio and the Joestar Family.

The release of Stone Ocean will take place in two media. Firstly, the anime will be available on Netflix globally from December 2021, ahead of its TV airing. Stone Ocean will air on Tokyo MX, MBS, and BS11 from January 2022 onwards.