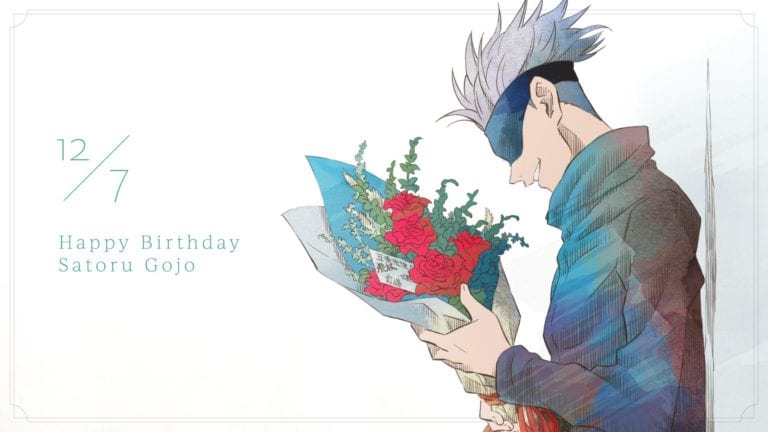 With its launch in winter 2020, Jujutsu Kaisen is gaining immense popularity. Especially, the character Gojou Satoru, who has an uncanny resemblance to Naruto’s Kakashi Hatake. Thanks to that and his character progression, Gojou has become a fan-favorite character from the series. Due to his popularity, the animation studio MAPPA has made an illustration wishing him on his birthday (December 7th). Here’s the Tweet:

Here’s an enlarged form of the illustration:

This new way of sending Birthday wishes for a fictional character led Jujutsu Kaisen and Gojou sensei trending on Twitter. Fans are congratulating the character on his birthday, globally. They are also appreciating his beauty and fame. In addition, there will be special items dedicated to Gojou’s birthday at the MAPPA showcase.

The anime is based on Gege Akutami’s manga and follows Yuji Itadori, who becomes the host to a powerful curse. Weekly Shonen Jump serializes the manga since March 5, 2018. As of June 2020, Jujutsu Kaisen has been collected into eleven tankobon volumes by Shueisha.