The figures were placed for fans to take pictures with and for advertising purposes. 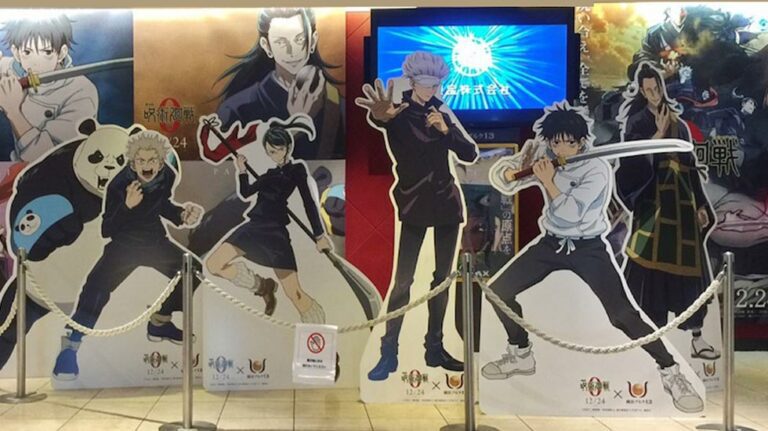 A group of fans in Spain tried to steal Jujutsu Kaisen cardboard character figures from a theatre during the preview of the Jujutsu Kaisen 0 movie on May 26, 2022.

The figures were placed for fans to take pictures with and for advertising purposes.

The culprits were caught by the guards as they tried to leave the premises of the theatre and the character figures were restored.

The incident was reported by a Twitter user Sekkyoku (@sekkyoku) who went to see the movie and shared the attempted robbery through a series of photos.

The tweet garnered quite the traction with many voicing their opinions about the incident as nothing out of the natural.

“It is that if the 0.5 sleeves are not distributed to the attendees, something will have to be taken,” said a netizen.

Comments poured in supporting the act:

” I’m not criticizing them because it could easily be me.”

“I think you were wrong, they are called heroes, not criminals!”

However, others found the robbers repulsive.

There are people who do not respect the cinema, the last time I went to the cinema I met a small group that paid to annoy a couple and their young son instead of seeing the film

This reminds me of the people who ripped gold bars from La Casa de Papel when there were events .

Jujutsu Kaisen 0 movie is the highest-earning film at the Japanese box office from 2021, surpassing Evangelion: 3.0+1.0 Thrice Upon a Time. The film will finally depart Japanese theaters on May 29.