The film, however, does not feature any homages or borrow anything from the anime. 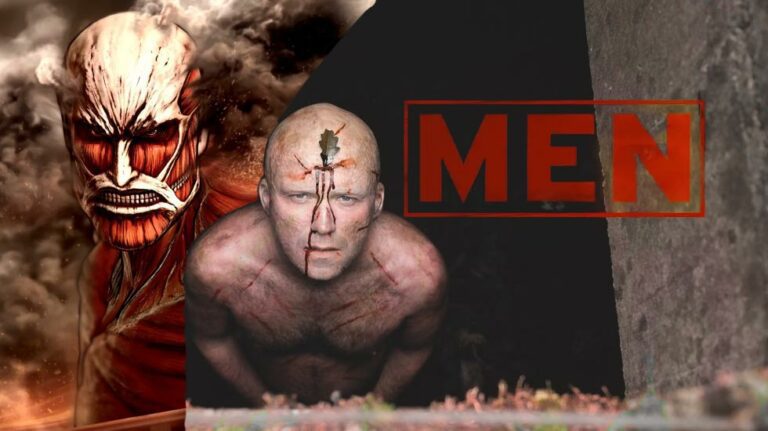 During an interview for the world premiere of the new horror movie “Men“, American writer and filmmaker Alexander Medawar Garland (herein, Alex Garland) revealed that Japanese TV anime Attack on Titan served as an inspiration in the creation of Men.

Garland revealed that Hajime Isayama‘s Attack on Titan series, introduced by his daughter, pushed him to rethink his approach to Men.

“The truth is that any time you see something really good, it encourages you to just try harder, think harder, do better,” he says. “What Attack on Titan did was, it gave me a kind of jolt. And when you get a jolt, you get a chance to step outside what you’ve been working on and thinking about, and kind of clear your head and start again and think not What was the idea I originally had? but What is right for the film?”.

The director, however, noted that it will be hard for the fans to find the connection between the two works since he did not put any homages or borrow anything from the anime but rather he instilled Attack on Titan-like changes that continued to occur in the filmmaking process.

“There are Attack on Titan-like changes that continued to occur through the shooting process, or through the editing process,” he said. “Or it might be to do with playing the piano, the use of a poem, or whatever it happens to be. It’s just simply the whole film is in a kind of constant fluid state, partly because it’s the product of a group of people working together who are having a role in a conversation. All I’m really saying is that at one point, one of the voices that came up and contributed to one thing at one moment was Attack on Titan.”

Garland expressed that other than the anime series being an inspiration for Men, Attack on Titan‘s complexity and absurdity made a heavy impression of him and it pushed him away from any complacency that might have crept into his filmmaking.

“You know, it’s difficult — when you see other people’s stuff and it’s really good, you’ve sort of got two choices,” he says. “One is to get intimidated by it and think, Should I be doing this at all? And the other is to think, No, I’ve got to run faster. And I tried to respond by running faster,” said the filmmaker.

Men is a 2022 folk horror film written and directed by Alex Garland. It stars Jessie Buckley and Rory Kinnear. The film was released in the United States on 20 May 2022, by A24, and is scheduled to be in the United Kingdom on 1 June, by Entertainment Film Distributors. It will screen at the Cannes Film Festival on 22 May 2022.

Polygon described the movie as:

The film centers on a woman named Harper (Jessie Buckley) who takes a trip to the English countryside to escape a recent trauma and encounters a series of men who all want something from her, all have the same face, and all show a willingness to assault her out of frustration if they don’t get what they want.