Executive Producer Akio Iyoku in an interview says the duo will play a crucial role just like how Goku and Vegeta did in DBS: Broly. 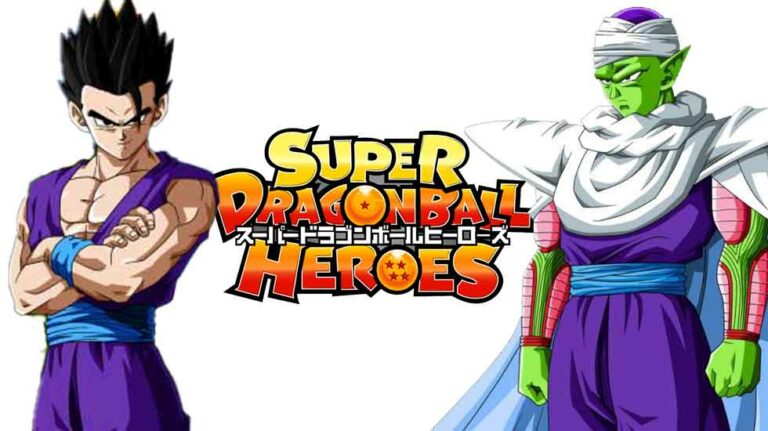 Akio Iyoku, the executive producer and Toriyama’s right-hand man, said in a recent interview with Nikkei Entertainment on Jan 4, 2022, that the upcoming film would feature Gohan and Piccolo as the main characters.

The main points were to ‘feature characters from the past’ and return to the roots, the ‘Earth is in danger’ stage. But as time progressed, Goku and Vegeta became stronger, and the scale of the battles got higher, and the last film (DBS: Broly) took the form of a ‘Universe-scale’ battle. So we wanted to write characters other than Goku and Vegeta. This time, Gohan and Piccolo play a very active role.

And while thinking about the story, we feel it’s important to consider what the fans want. Of course, Gohan and Piccolo are popular characters, so we wanted them to play an active role in the film.

This excited fans all over the world as some of their favorite characters are getting more prominent roles, resulting in Gohan trending on Twitter for a while.

Gohan was hinted to take the center stage of Super Hero ever since the Key Visual was released last month. The official Dragon Ball site mentioned that he looks to be gearing up for the fight of a lifetime alongside Piccolo, Goku, Vegeta, and Pan.

The magazine also emphasizes this by stating that Gohan and Piccolo, who have always been in past films, but have been less active, are engaged in a ferocious battle to protect the Earth. Pan, Gohan’s daughter, who is being taught by Piccolo, will also take part in the battle!

A brief bio sketch of Gohan mentions that he could have latent power greater than his father Goku’s. So fans can’t wait to see what’s in store for Gohan and the others.

Apart from this, Iyoku shares a few behind-the-scenes tidbits surrounding the film.

As we mentioned earlier, Akira Toriyama is in charge of the script and character designs for the movie. The outline of this film’s story was completely during the production of DBS: Broly. As Toriyama took a new challenge with Broly, he was quite pumped with the final product and said “Let’s start working on the next one!”

In 2013, he wrote the story and screenplay for the first movie in 17 years, “Dragon Ball Z: Battle of Gods“, and it seemed to me that his desire to move these characters to the next level was very high. But he didn’t want to force it. Broly was the story of an ultimate battle so he wanted to do something a little different, and that’s how this work started.

Talking about Super Hero’s visuals, he said he has full confidence in Director Tetsuro Kodama‘s skills. “The way he moves the pictures and shows them is excellent,” he remarked. Iyoku further added that Kodama wanted everyone to pay attention to the challenging visual depictions he created, including the new visual elements and action sequences.

“We just wanted to make something that’d make you say ‘Oh, wow. It’s amazing!’. In other words, I’d say it’s a feast for the eyes and I want you all to experience that,” he adds.

Since the first announcement of the movie on May 9, 2021, we’ve got tons of new information, including 2 teaser PVs, 2 key visuals and a couple of character designs. Check out those details in our guide article for Dragon Ball Super: Super Hero.