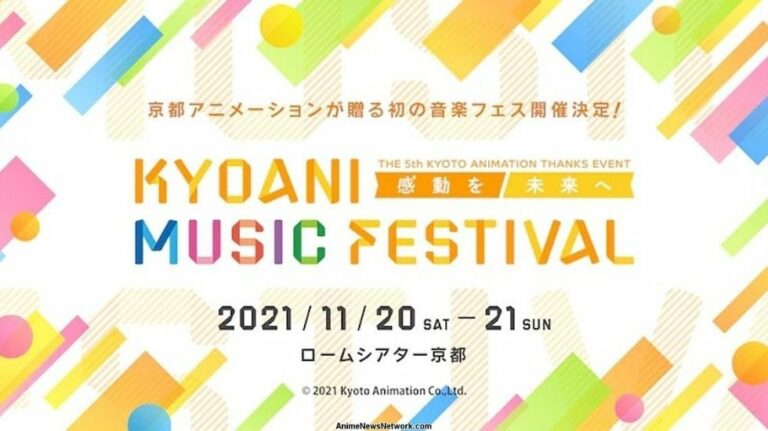 The official Twitter account of Kyoto Animation announced the “part 1” of its Artist line-up for their first-ever KyoAni Music Festival alongside a brand new key visual and a teaser previewing some of the studio’s anime series. The “Kyoto Animation Thanks Event” will return as a music festival after 4 years of hiatus on November 20th and 21st at the main hall of ROHM Theater, Kyoto.

The announcement of “KYOANI MUSIC FESTIVAL-Inspiration to the Future-” was made back in May 2021. It will be the first music festival by Kyoto Animation as the fifth fan appreciation event for the first time in four years. Artists who sang the theme songs of successive works by Kyoto Animation will meet together at this event. In addition, the official event website and Twitter (@kyoani_event) have opened. Ticket information is now available on the special website.