Special Site To Relive The Shibuya Incident Of Jujutsu Kaisen Is Live! 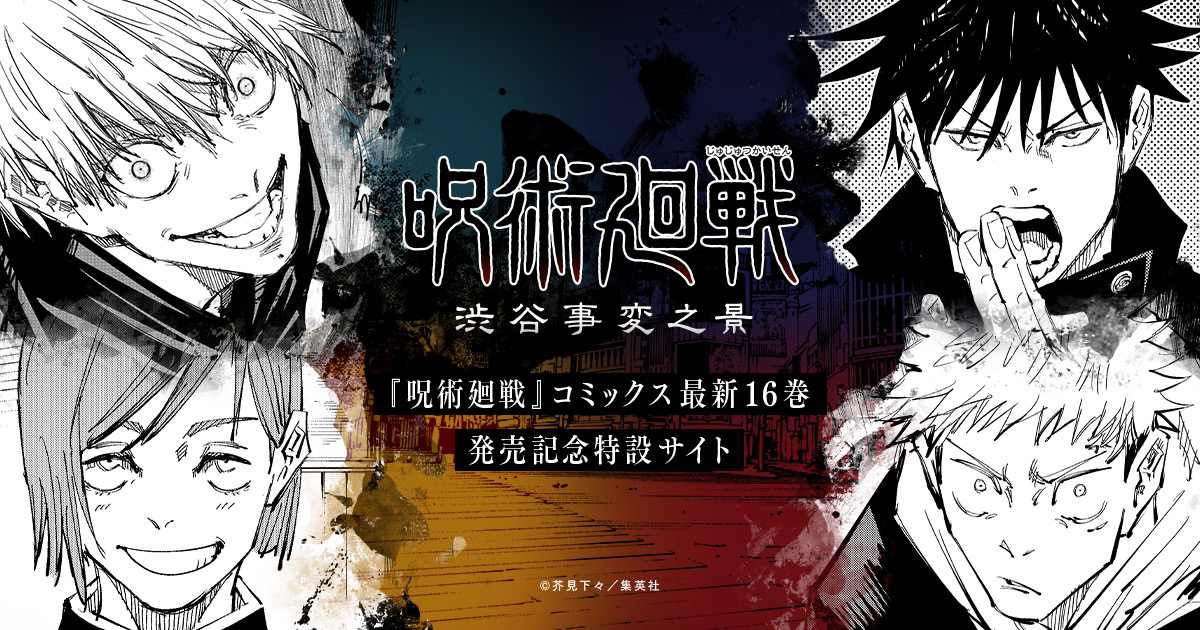 The special site “Shibuya Incidents” where users can re-experience the Shibuya Arc through 4 popular characters of the manga is now live. It is a special page that incorporates the production unique to smartphones. The site was made live in commemoration of the release of the latest Volume 16 of the Jujutsu Kasien manga on 4th June 2021.

This special site will release each route sequentially for 4 consecutive days.

On June 1st, Shueisha released the Gojo route of the special site “Shibuya Incidents” at 11am. Today is the 2nd day, and the content focuses on the character “Fushiguro Megumi“.Tomorrow, June 3rd will be Kugisaki Nobara and on 4th the main character, Itadori Yuuji’s route will be unlocked.

Since it has contents from volume 15, the site has also provided a spoiler warning for those who have not read the comics.

Fans can access the Jujutsu Kaisen Special site and choose the unlocked characters who will move around in the 3D scenes of the Shibuya incident premises. The scenes of the manuscript presented by Gege Akutami follow a “vertical scrolling manga” format with special effects.

Jujutsu Kaisen is a Japanese manga series written and illustrated by Gege Akutami, serialized in Shueisha’s Weekly Shōnen Jump since March 2018. The story follows high school student Yuji Itadori as he joins a secret organization of Jujutsu Sorcerers in order to kill a powerful Curse named Ryomen Sukuna, of whom Yuji becomes the host.