Skip to content
Home » Series » Re:Zero » What Was The Contract That Echidna Proposed To Subaru In Re:Zero?

What Was The Contract That Echidna Proposed To Subaru In Re:Zero? Subaru had been relying on Echidna for a lot of help. She was after all the Witch of Greed, whose knowledge was matched by none. Though initially skeptical about dealing with a Witch, Subaru’s relationship with Echidna improves after the second witches tea party. During this meeting Subaru was able to confide in her about his Return By Death ability and also the traumatic experiences he had been through after being summoned to the world of Re:Zero.

Subaru comes to trust the Witch of Greed and is impressed by her considerate personality, albeit it was majorly because of his return by death ability. However, he still decides to trust her.

After Roswaal admitted to being aware of Subaru looping and after he watched Beatrice die at the hands of Elsa Granhiert, Subaru once again turned towards Echidna for help. His call is heeded and he is invited to the third witches tea party. It is here that Echidna offers to form a contract with Subaru. She claimed that it would be mutually beneficial to both the parties involved.

Contents hide
What contract did Echidna want to form with Subaru?
An offer too hard to resist!

What contract did Echidna want to form with Subaru?

The contract that Echidna wanted to form with Subaru was one where she would guide him to the best possible future combining her knowledge and his Return by Death ability. However, in return he will have to go through all possibilities or go through extra loops using Return by Death, in order to satiate Echidna’s curiosity and her greed.

In the beginning Echidna reveals all the positives of the contract that would be formed between them. This almost sounds like a sales pitch to Subaru. In fact the Witch of Greed made the pact sound so good that Subaru was ready to accept it without second thought. He thought Echidna was being kind to him by helping him out of a difficult spot. However, she had comfortably left out the part which would require Subaru to suffer in order to reach the best possible outcome. And this was only revealed thanks to the intervention from the other witches.

Mind you, Echidna never lied to Subaru about the contract. She only wanted to satisfy Subaru’s desire for a bright future and her extensive greed together.

Whatever Echidna promised to Subaru was true. She would definitely have guided Subaru to the best possible future. However, this would have required Subaru to make a number of sacrifices. And by this, she did not mean sacrificing his close ones, but instead his life itself. Because that is the one thing which is in Subaru’s power. Even if he dies, Subru can just give things another go. And Echidna would be able to gather whatever information she needed to satiate her greed.

In fact, Echidna admits that her greed would sometimes force Subaru to try out various possibilities by using Return by Death, just so that she could satisfy her inquisitive mind. This was one of the reasons why Subaru rejected the contract Echidna proposed.

An offer too hard to resist!

Echidna would give Subaru all the wisdom that Subaru would need. She would lend him her wit to overcome problems that he faced. Subaru was free to use Echidna as a resource to achieve the future he desired. She promised to not lead him to a purposefully mistaken outcome. In fact Echidna offers to mull and struggle at the same problems together with Subaru, guaranteeing that the highest form of relationship exists between them.

However, her help would be strictly restricted to Subaru’s mind. She won’t be able to help him with physical obstacles since she only existed in the dream world. If Subaru faced a foe he had to beat with raw power, there would be nothing that Echidna could do to help him, rather than protecting his mind from giving up.

But Echidna does offer her body to comfort Subaru, even though it would only be happening in the dream world. This goes on to show how determined she was about forming a contract with Subaru. She even gets ready to shoulder all the burden of Subaru’s feelings and his ideals with him, along with protecting the bonds that he cared for the most. In fact if he had accepted the contract, Echidna would have guided Subaru to the third trial and immediately liberated the Sanctuary and all the people trapped in it.

But sadly that did not come to pass.

This is the gist of the contract that Echidna proposed to Subaru. There are both positives and negatives to this pact. The situations that would have come to pass, if Subaru had accepted Echidna’s contract are explored in the Greed IF sides story of the Re:Zero novels.

What are your opinions on Echidna’s contract with Subaru? Do you think he should have accepted it? Let us know your opinions in the comments section! 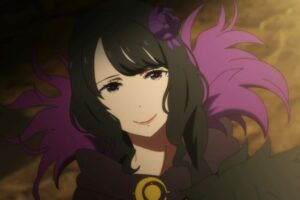