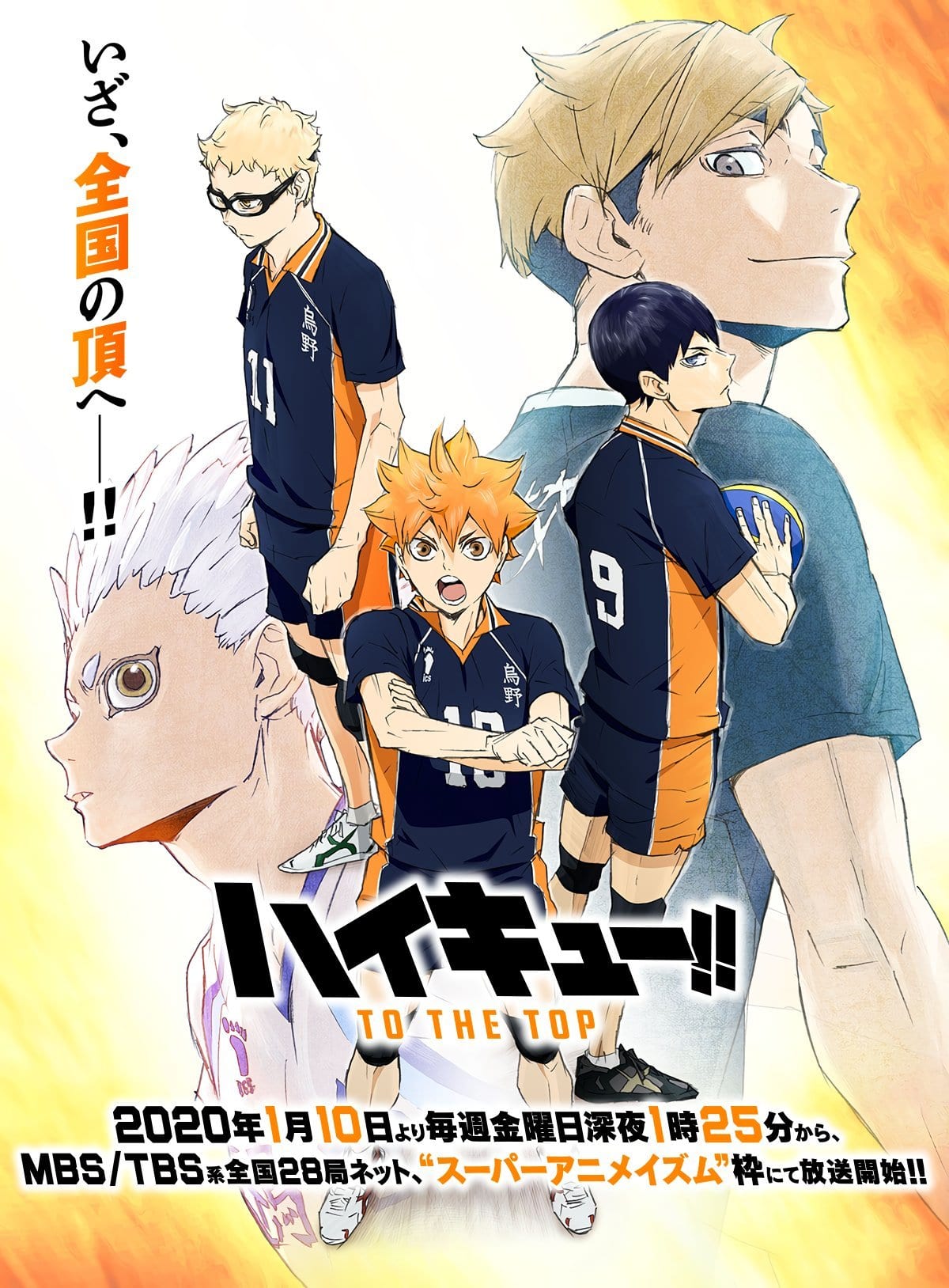 The second cour of Haikyu!! To The Top Season four will start airing from October 2nd, the official twitter account of Haikyu!! revealed on Sunday. The second cour will consist of episodes 14 to 25. The cour was originally supposed to air in July, but was delayed due to the effects of COVID-19 pandemic in Japan. The first cour of Haikyu! Season 4 aired between January 10 and April 3 in Japan.

The anime will air on MBS, TBS and other affiliate channels on their “Animeism” programming block. Crunchyroll will be streaming the anime as it releases in Japan.

Haruichi Furudate’s hit manga was adapted into an anime by Production I.G and premiered first in April 2014. The second season of Haikyu!! premiered in October 2015, and the third season premiered in October 2016. The story follows Shōyō Hinata, a boy determined to become a great volleyball player despite his small stature. Its individual chapters were serialized in Weekly Shōnen Jump from February 2012.

The manga came to an end after over 8 years of serialisation on July 20. It has been collected into 43 tankobon volumes.